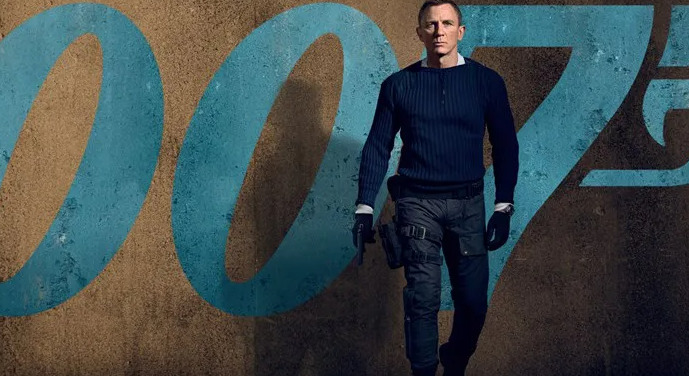 Sorry James Bond fans! No Time To Die postponed for a third time

The release of the next James Bond film has been delayed for a third time because of the coronavirus pandemic.

No Time To Die had already been pushed back twice, and will now debut globally on 8 October, an announcement on the film’s website said.

It had originally been due to hit screens in April 2020.

The film is the 25th instalment in the Bond franchise, and marks Daniel Craig’s final appearance as British secret service agent 007.
It also features Lea Seydoux and Rami Malek.

The delay will come as a further blow to cinemas that have been forced to shut for months at a time because of lockdowns.
Earlier this week, leading film-makers including Danny Boyle and Sir Steve McQueen wrote to the UK Government, calling for financial support for cinema chains because “UK cinema stands on the edge of an abyss”.

Cineworld said in October, when No Time To Die was pushed back for the second time, that delays to big budget releases meant the industry was “unviable”.

The UK Cinema Association said the decision to postpone No Time To Die again, “while clearly disappointing, is at the same time not surprising given the current situation around Covid-19 in the UK as well as the US and other major film territories”.

The postponement of Daniel Craig’s swansong and other films “underlines the need for ongoing support for the UK cinema sector”, the trade body’s chief executive Phil Clapp said.

The association is calling on the government to provide “direct funding” to chains, which represent 80% of ticket sales.
One of the major chains, Vue, said the delay was “understandable”, and that the continuing attempts to release the film in cinemas “is further testament to our shared belief in a bright future for the big screen”.

However, the latest postponement could stoke speculation that the film may ultimately skip cinemas and be released on a streaming platform.
Major Disney titles like Pixar’s Soul and its live-action remake of Mulan bypassed cinemas, premiering instead on the Disney+ streaming service.

Wonder Woman 1984, meanwhile, was made available in the US on the HBO Max streaming service on the same day it received a limited cinema release.
Last year, Warner Bros announced its 2021 titles – including sci-fi epic Dune and The Matrix 4 – would all adopt a similar dual release pattern, escalating tensions between Hollywood and US movie theatres.

If No Time To Die is indeed released in cinemas in October, it will arrive a full six years on from the release of its 2015 predecessor Spectre.
That won’t be far behind the six years and four months that separated the release of Licence to Kill in summer 1989 and GoldenEye in late 1995 – the biggest gap between two Bond films.
The last Bond film, 2015’s Spectre, took almost $900m (£690m) at worldwide box offices.