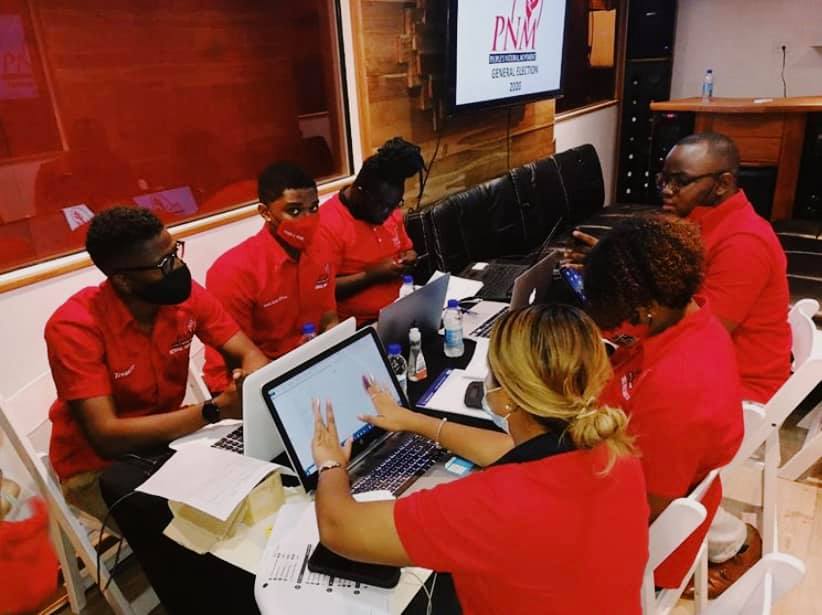 The National Youth League of the People’s National Movement joins with the sensible majority of the population in its complete condemnation of the comical no-confidence motion spewed up by the Opposition Leader as that of a desperate and failing attempt by the UNC grasping on the final straws of political relevance.

In a release to media this afternoon they said:

We condemn this frivolous and unfounded attempt by the UNC to bring into dispute the character and the performance of the Honourable Minister of National Security, ironically so, seeing that in their time in office they completely dismantled all, if not most of the tools that the National Security Ministry had under its belt, in its effort to work with the Trinidad and Tobago Police Service and other arms of the Public Service to bring the issue of criminality in our twin-island Republic to a halt.

In their time in office, they failed to properly and effectively appoint a Commissioner of Police and in most, if not all instances we as a country observed and noticed the then Prime Minister who headed the National Security Council, absence for those ever so important deliberations. This is evidence that National Security and the best interest of the citizens of the Republic of Trinidad and Tobago is not at heart just as that of her cancelling the OPV’s and dismantling the police’s ability to effectively combat crime and criminality.

However, thankfully the people rejected them at the polls in 2015 and so again in 2020-and so now we rightfully benefit from an ever so present Prime Minister and Government. Minister Young has in his usual fashion brought a dynamic sense of energy to the Ministry of National Security. He has captured the portfolio by bringing forth a hands-on, no-nonsense approach. It is not easy for one to put together gold and coal, strength and weakness however the distinctions between these two individuals are ever so obvious.

This is the same opposition leader who continues her attempts at stalling the legislative agenda of the Government by bringing about further strain on the members of the citizenry who are relying on the legislature to introduce the appropriate legislation to deal with the various inconsistencies and legislative issues in the public service. She has rejected her responsibilities as a parliamentarian, objected to her oath of office and has objected entirely to the notion of putting country before party and self-interest. Mrs. Kamla Persad Bissessar can never stand before this country and be taken seriously as a politician. Her Monday night forums are a breathing ground for far-fetched conspiracy theories and objectable humour.

Here in the People’s National Movement, we have persons who put service above all else, who grasp upon the words they swore an oath to as though it is their lifeline. “Integrity in public affairs, serving without fear favour malice or ill will”. Those words are not hallowed representations of a part of any particular ceremony but a creed which binds our fellow men to conduct themselves and binds their philosophy of public service under one seal echoed by our founding watchwords of discipline tolerance and production.

This is no time for politician games, we are in critical times and we need serious and effective leaders, with a clear mandate to govern and we have that here in the People’s National Movement.
It is on that basis that we must reject the UNC and Kamla Persad-Bissessar’s nonsensical, vacuous attempt at wasting the nation’s and the Parliament’s time and we would be ever so generous in our suggestion on improvement that the Honourable Leader of the Opposition can learn a thing or two from the Honourable Minister, as a Gold standard politician.

Flavor Flav back in jail following a domestic violence incident 0