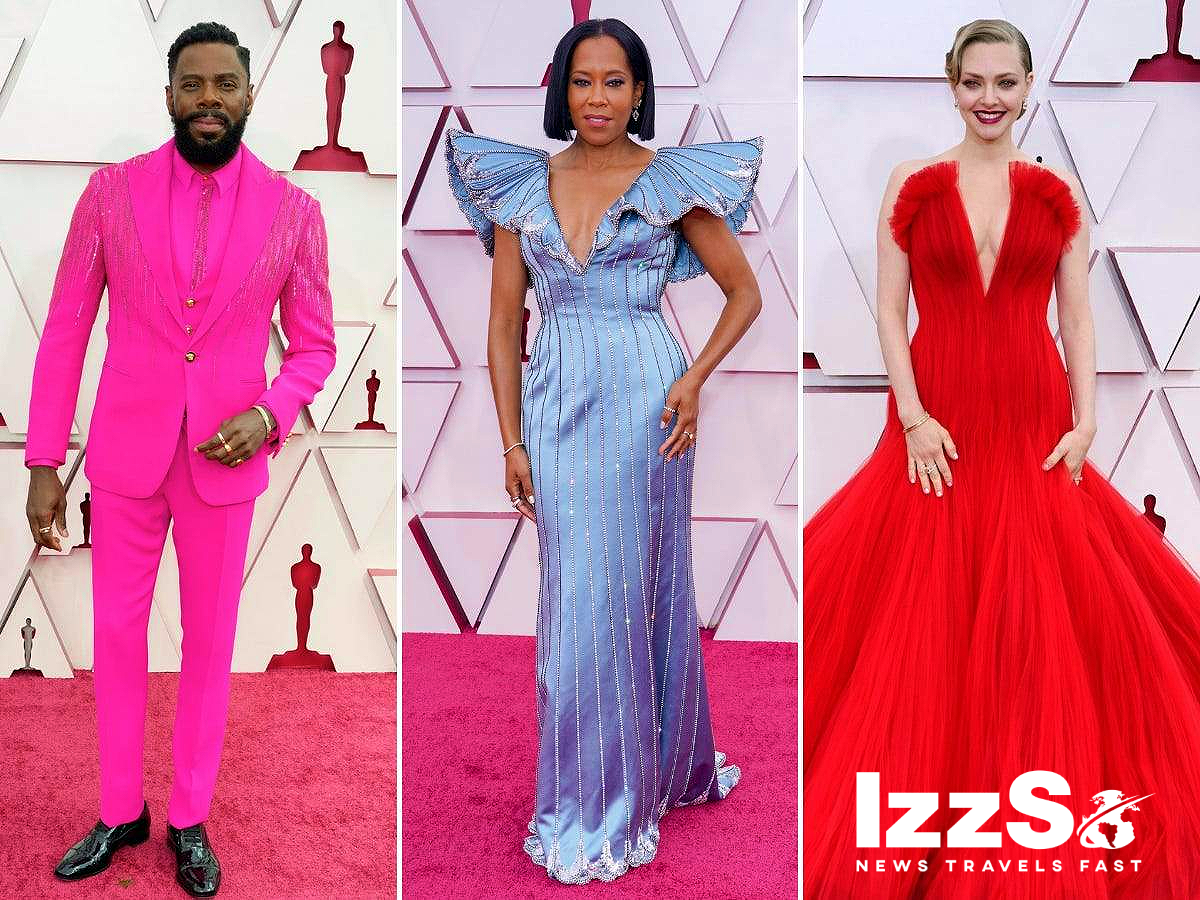 The Oscars are here again ‘allyuh’, and Hollywood’s biggest names in the film industry took to the red carpet, both virtually and in Los Angeles, to debut their most award-winning looks of the year.

The 93rd Academy Awards was swarming with A-list celebs whose sultry outfits were well worth a double take (or three), ohhh they ‘mash-up’ the damn thing.

With a star-studded list of nominees, presenters, and performers, this award show proved to be a big night for film and for fashion. The stars from this year’s buzziest movies (hello, Viola Davis and Andra Day) were dressed to impress, giving viewers just what they’ve been missing after a year of virtual events.

At IzzSo we’ve compiled our best dressed looks at this year’s show and ranked them in this post. Who do you think should be number one? 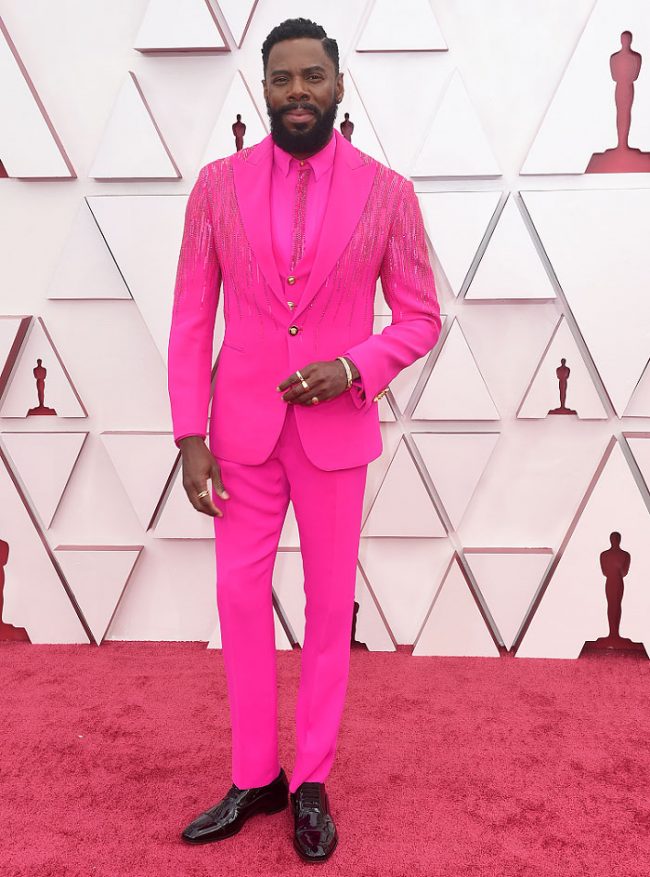 Colman Domingo wore an Atelier Versace Couture three-piece luminous pink suit. His look featured glitter shoulders and sleeves along with a sparkly detailing made creating a tie appearance on the front of his shirt. With the suit, Domingo wore black shoes. 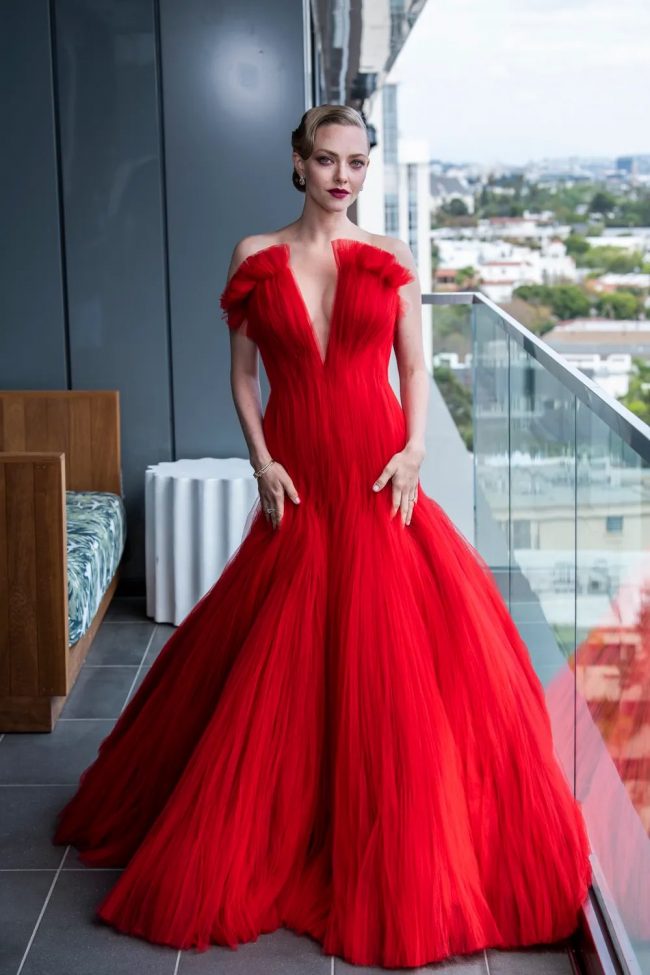 Amanda Seyfried’s Armani Privé dress had ruffles on both ends of the dress. The full skirt was made of tulle, while the neckline had a ruffled trim. 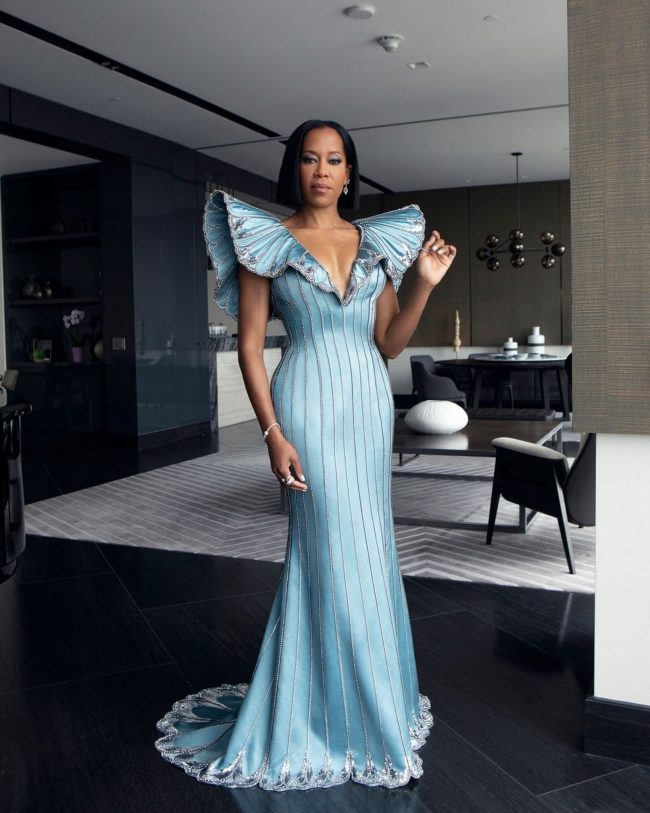 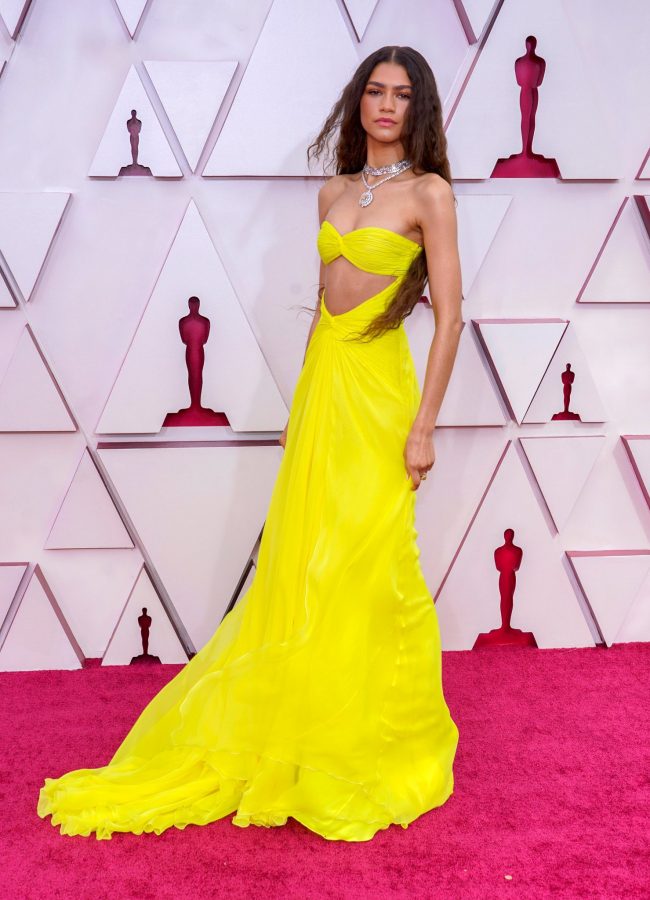 Zendaya is wearing a Valentino Haute Couture dress, which is also said to be luminescent and can glow in the dark. 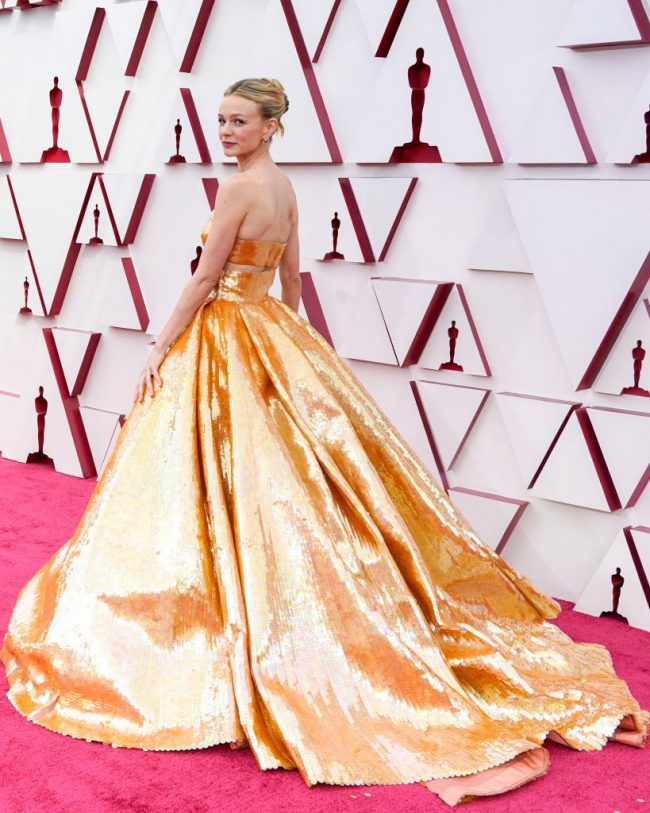 Carey Mulligan was a showstopper in a Valentino gold dress from the designer’s Haute Couture Spring and Summer 2021 collection. 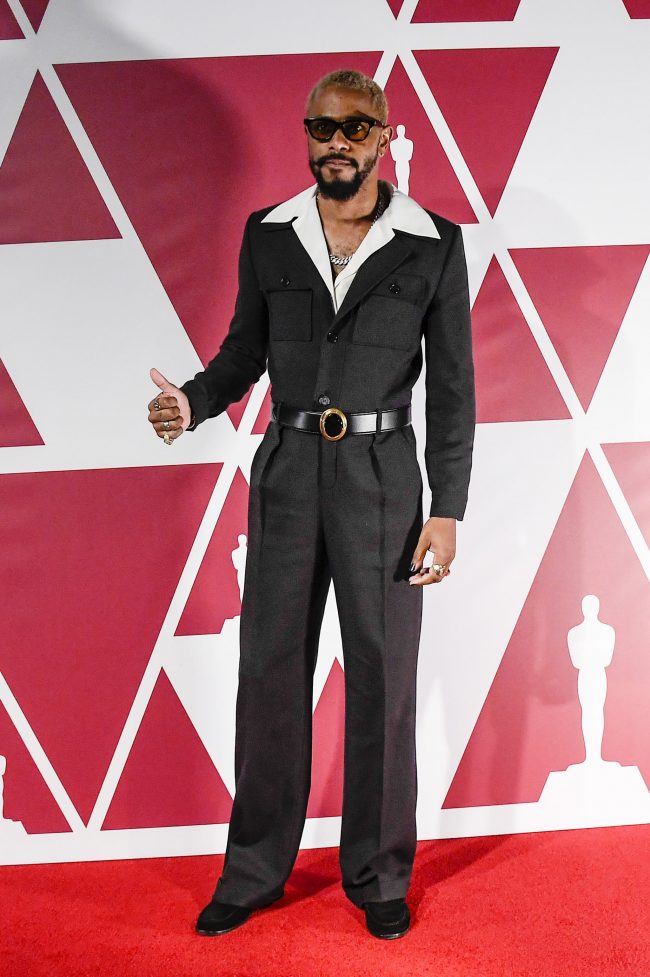 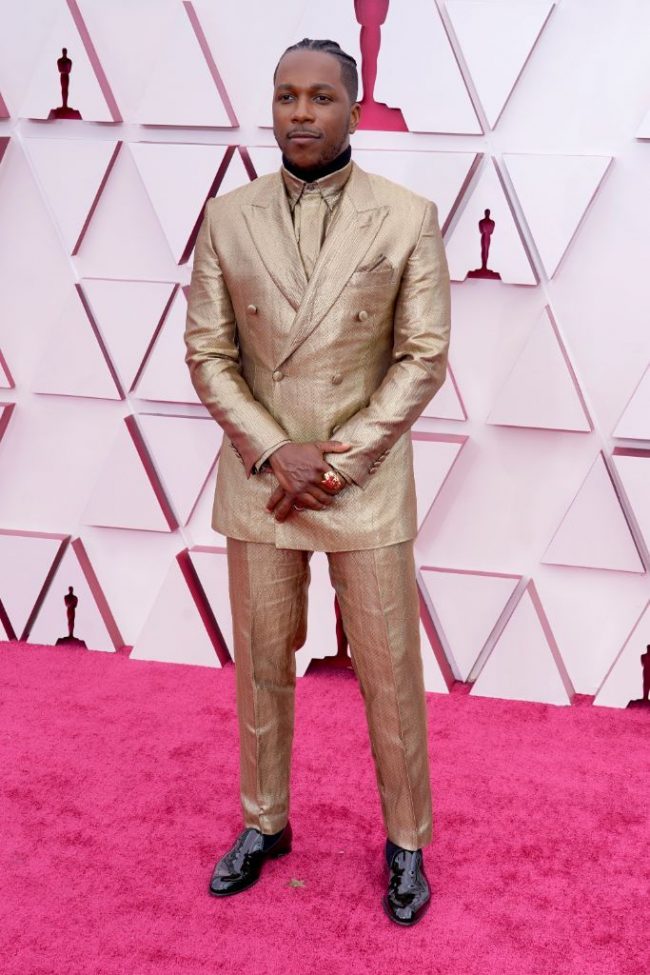 Leslie Odom Jr. is wearing a gold, double-breasted Brioni suit, an Omega timepiece, and a Cartierring. He is nominated for Best Supporting Actor and Best Original Song for his movie One Night in Miami. 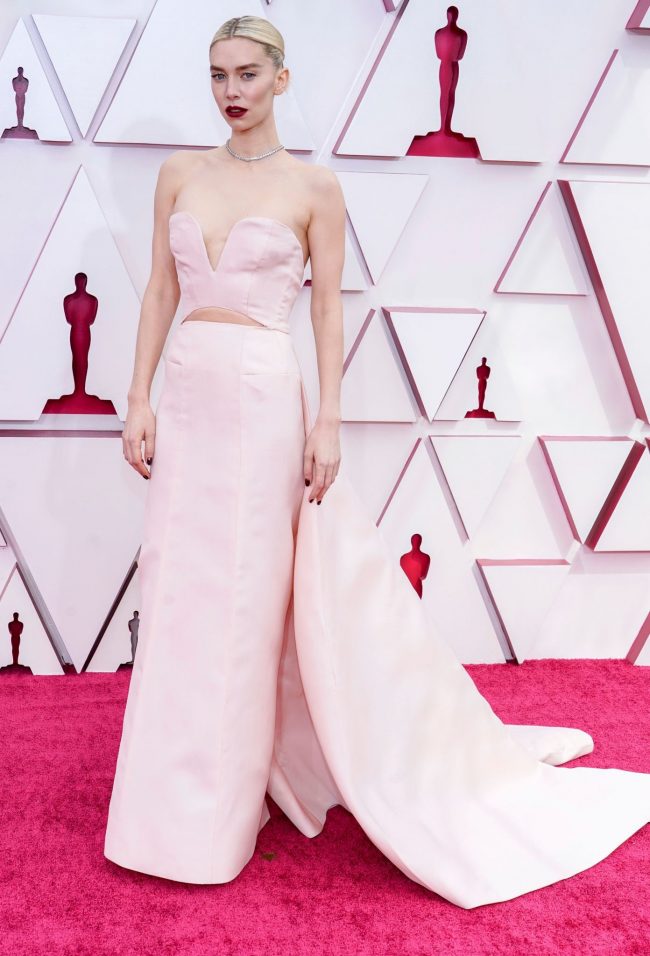 Vanessa Kirby’s light pink dress was strapless with a v-neckline. The gown had a straight skirt, but a stomach cutout interrupted the simple bodice. A long train flowed out from the skirt. 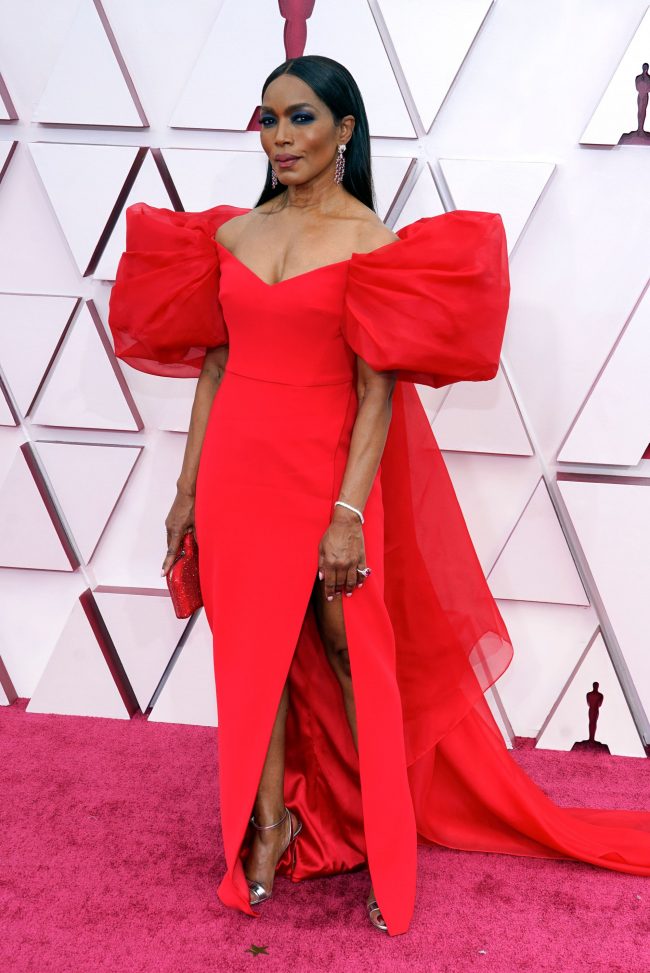 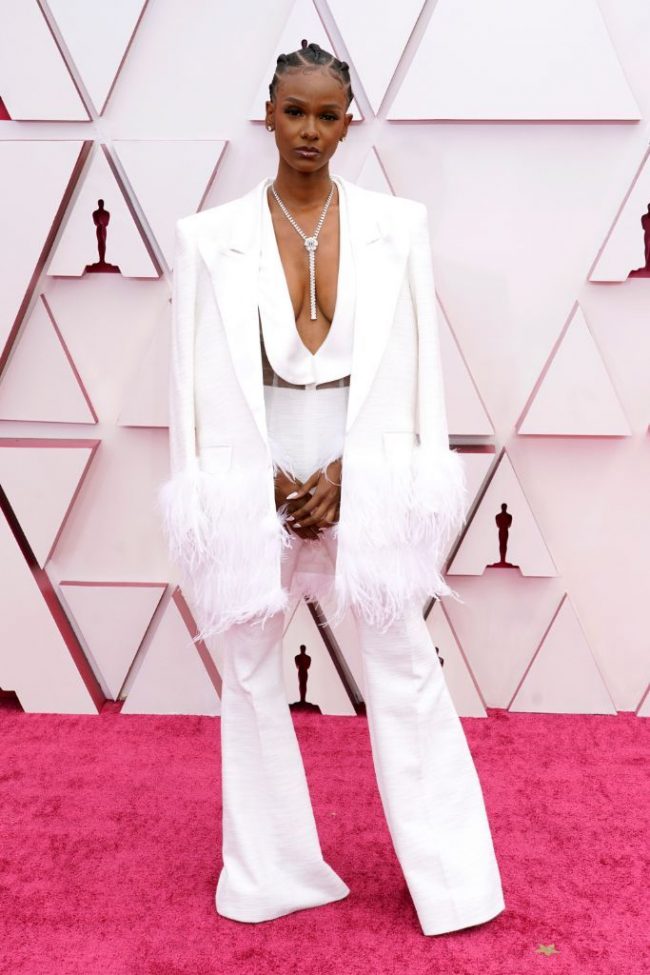 The very first Academy Awards ceremony was held in 1929 — nearly 100 years — but the legendary celebration of film has come a long way since its initial show. When it comes to fashion, the red carpet event has become the premiere destination to show off one’s style prowess and so many famous folks have shined during that entrance.