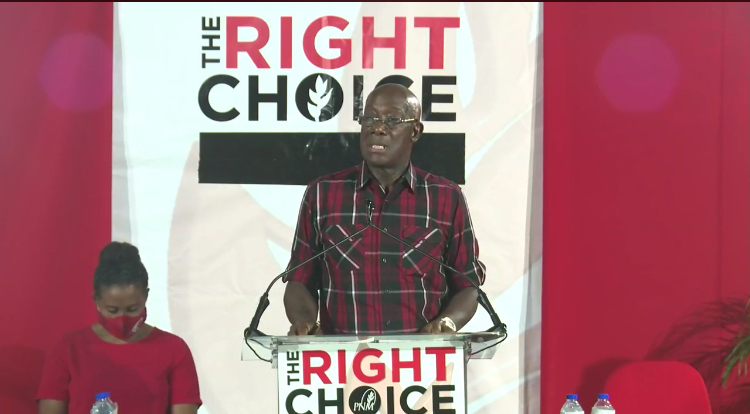 Prime Minister, Dr. Keith Rowley on the issue regarding $22M which was discovered during a police-led operation at a house located along Kathleen Warner Drive, La Horquetta said he is disturbed by what took place.

Dr. Rowley speaking at the People’s National Movement virtual Post Budget ‘meet-up’ this evening said that as Head of the National Security Council, he is disturbed by fingers being pointed at the Trinidad and Tobago Police Service with allegations of corruption into the matter.

Dr. Rowley said he approached the British Government for British Police Officers to investigate the matter of the ‘Drugs Sou Sou’.

Dr. Rowley also disclosed that he approached Barbados Prime Minister, Mia Mottley, for two senior police officers; who will form part of a team to investigate the $22M which was returned to the owner of DSS in La Horquetta.

However Commissioner of Police, Gary Griffith disclosed on Thursday 15th October, that based on preliminary investigations, it had become necessary to suspend the four policemen, two of whom are senior officers.

Loading...
Newer Post
Dr. Rowley described the Budget debate as the worst he has been engaged in
Older Post
Finance Minister describes Oropouche East MP as a ‘political comedian’