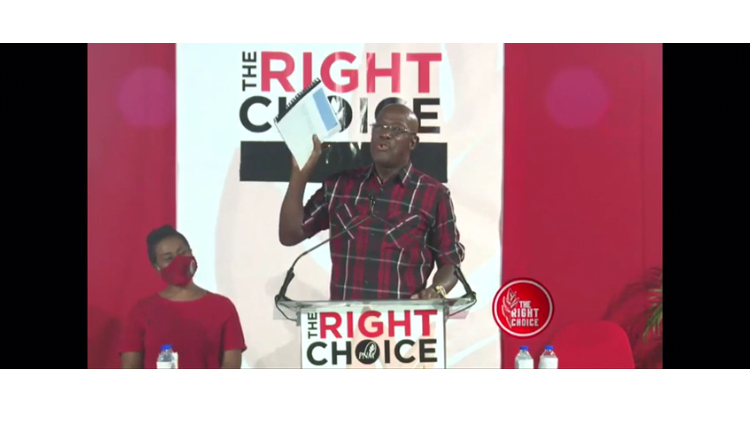 Dr. Rowley described the Budget debate as the worst he has been engaged in

Prime Minister, Dr. Keith Rowley described the 2020/2021 Fiscal Budget debate as the worst possible debate he has been engaged in.

He said while he hoped persons would take the budget debate serious given the effects of the economy’s battle with the Coronavirus, Dr. Rowley said the Opposition showed that they were incapable of engaging the Budget in a serious manner.

Dr. Rowley said the United National Congress spent most of their time “engaging internal politics” and not matters around COVID-19 and the economy.

Dr. Rowley also gave the media a bit of homework by asking media personnel to find out from the Opposition Leader, Kamla Persad-Bissessar why members of the UNC were not appointed to the Joint Select Committee to lend focus to current health care system.