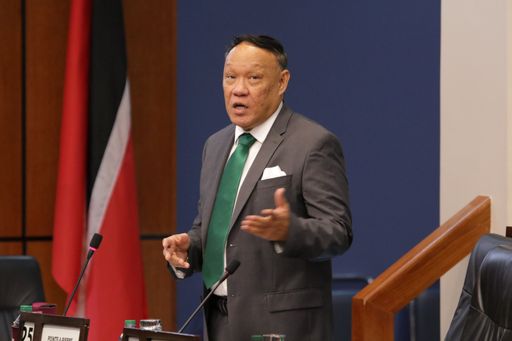 Prime Minister Dr Keith Rowley has taken aim at the Opposition for what he says are the irresponsible comments made as regards NGC.

At a news conference on Friday in Port of Spain, Pointe-a-Pierre MP David Lee called for the resignation of NGC President Mark Loquan, based on allegations in a Guardian Media report that NGC could lose $440 million regarding the resumption of operations of Train One.

The report also alleged that NGC’s board wrote to Finance Minister Colm Imbert seeking indemnity on this issue.

Recently, Minister of Energy Stuart Young said the Government, through his Ministry and the NGC, remain in very sensitive and complex negotiations with all of the shareholders of Atlantic LNG.

Speaking last evening at the PNM Virtual Meeting Prime Minister Rowley said that the Opposition was in no position to question the Government.

Loading...
Newer Post
Government In Discussion With Stakeholders On the Future of Atlantic LNG Train One.
Older Post
Police standoff with gunman interupted by naked woman