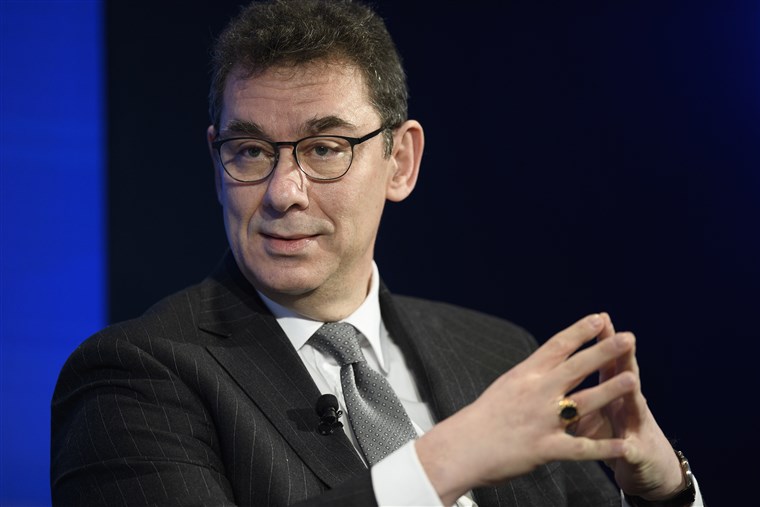 Pfizer boss yet to take vaccine, says he does not want to ‘cut the queue’

The pharmaceutical boss behind the first officially-approved Covid vaccine says he hasn’t had his own shot because he doesn’t want to ‘cut the queue’.

Pfizer CEO Albert Bourla said that he was well aware taking the injection would help allay fears over its safety – but said the decision over when he gets it had to be made by an ‘ethical committee.’

Bourla told CNN: ‘I haven’t taken it yet and we are having an ethical committee dealing with the question of who is getting it. ‘Given that there are very strict allocation rules that the CDC (US Centers for Disease Control) has voted (on), we are very sensitive not to cut the queue and get vaccinated before.

The pharmaceutical boss added: ‘People will believe much more (in the safety of the vaccine) if the CEO gets vaccinated.’ 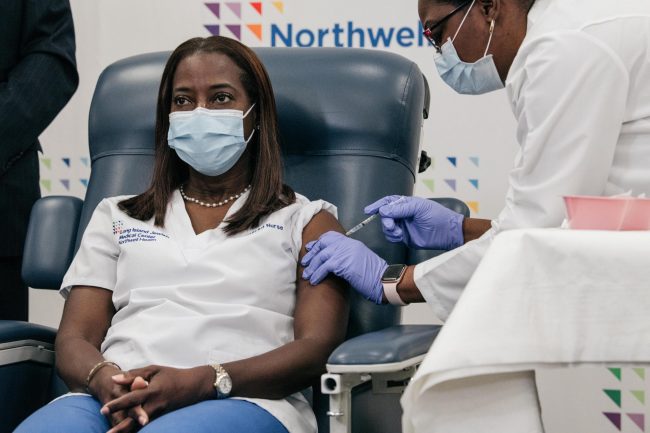 The nurse’s vaccine was broadcast live on-air, with New York Governor Andrew Cuomo watching. Lindsay said she agreed to the public vaccination to encourage others to have the shot. She explained: ‘I encourage everyone to take the vaccine…I feel hopeful today – relieved… I want to instill public confidence that the vaccine is safe.’ Meanwhile, Bourla told CNBC that his firm had around 50 million doses of its vaccine ready to distribute across the US for the rest of the year. Pfizer anticipates manufacturing a further 1.3 billion doses in 2021, with most of the general population unlikely to receive their vaccine until well into next year.

Rival firm Moderna is likely to have its Covid vaccine approved within days, with other leading pharmaceutical firms on course to do the same shortly afterwards.

President Trump announced Sunday that he has canceled plans for his top White House staff to be among the first to receive the shot. Those injections had been scheduled for ‘continuity of government’ purposes, with Trump failing to say why he had postponed them. The US has suffered more recorded cases and deaths from Covid of any country, with 16.25 million people infected, and almost 300,000 dead.

Bridgerton star a frontrunner for role in Black Panther 2 0