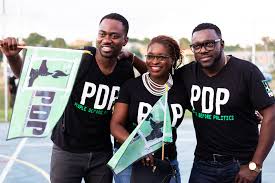 PDP says it will win all 12 seats in THA elections

Based on its view on the feeling on the ground, the Progressive Democratic Patriots(PDP) says it will win all 12 electoral districts in the upcoming Tobago House of Assembly(THA) elections.

In a release, the party said “…The twelve action groups have indicated strong confidence in the potential candidates for this THA and their abilities to win all 12 seats, as they have been connecting with people from the various districts.

It said the party’s actions groups expressed those views at the party’s first virtual general meeting on Tuesday, November 3. The meeting was attended by almost 90 National Executive Council and ordinary members as well as action groups.

“All members agreed that governance in Tobago has been less than acceptable over the past 20 years, and this island deserves better.”

De Coteau to be laid to rest today 0