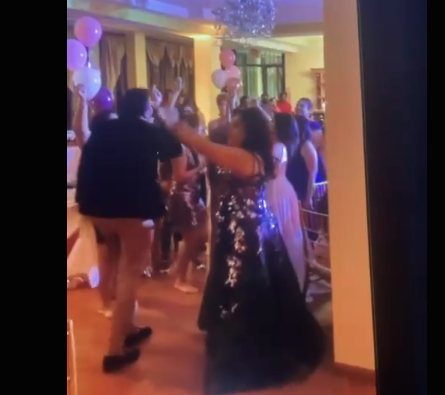 The Passage to Asia Restaurant at St Yves Street, Chaguanas has advised that the birthday party which was held on Saturday night when 71 people were ticketed for not wearing masks, was in no way associated with their establishment.

A release from the restaurant on Sunday read: “The Management and Staff of Passage to Asia Restaurant of St Yves Street, Chaguanas wishes to advise the public of the occurrence that took place on the night of Saturday 9th January 2021 at the Chandelier Hall which is housed on the said compound is of no way affiliated with the restaurant.”

Passage to Asia said “The Chandelier Hall was leased out for that specific period to a Chaguanas businessman to host a private family gathering.

“The management also wishes to advise the general public in respect to the operations of the said restaurant all Covid-19 protocols and laws governing the Republic of Trinidad and Tobago are observed.”

A police officer and a very popular chutney singer were among those ticketed at the party.
The guests are expected to be charged by summons for convening over the stipulated limit under Section 3(1) of the Public Health Regulations, which states there should be no gathering of more than ten people in a given area.