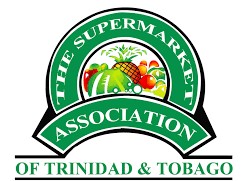 The Supermarket Association of Trinidad and Tobago says it is aware of defamatory videos circulating on social media purporting to show unsatisfactory conditions at leading supermarket locations nationwide.

The most recent example of this, the association says, was a video referencing Massy Stores which proved to be both false and misleading. In fact the video does not represent any supermarket location in Trinidad and Tobago.

In a statement issued on Monday, the SATT said Massy Stores along with other supermarkets in Trinidad and Tobago operate responsibly to uphold the stipulated public health and food safety standards.

The SATT has urged citizens to always seek verification of such content. All supermarkets use their official platforms such as social media, websites or official email addresses to communicate accurate information to the public.

Loading...
Newer Post
Lil Wayne under investigation for allegedly pulling an AR-15 rifle on his security guard
Older Post
Tobagonians in quarantine warned not to go and vote

Kamla: Those in authority must do more to ease the burdens of the vulnerable 0