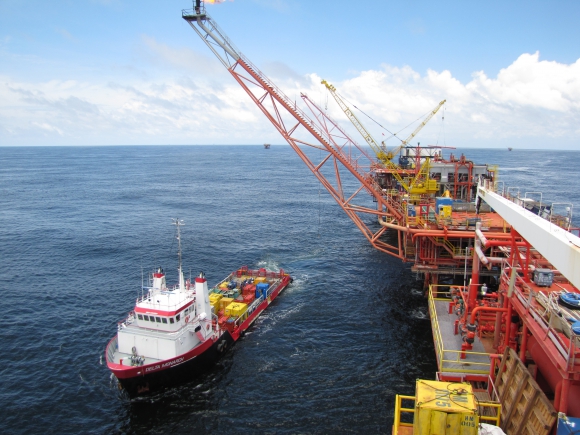 Approximately 35 offshore workers were rushed to a Ministry of Health quarantine facility on Sunday after testing positive for COVID19.

According to a report by GML, the workers, who are employed with Perenco Trinidad and Tobago Oil and Gas Company, contracted the virus while on duty on the Teak Alpha platform last week.

The workers were transported to the Health Ministry’s quarantine facility at UWI Debe just around 6.25 pm Sunday, several hours after waiting on board a shuttle boat at Point Galeota. 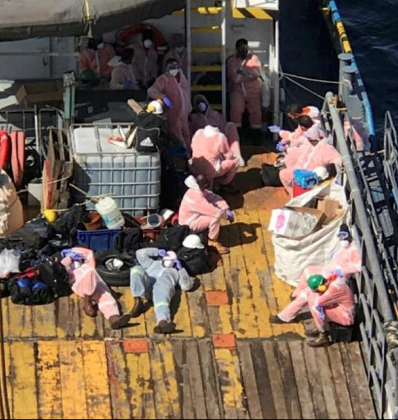 Perenco has since sent an internal memo to staff, asking that the details surrounding this incident be kept confidential.

An internal memo shows the company warning that workers were not to disclose any information to any third party unless otherwise authorised. It warned the workers not to divulge information to the media, pointing out that disciplinary action could result. 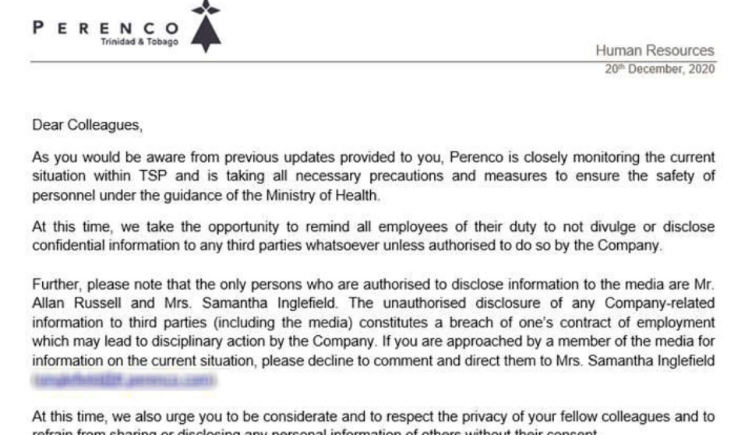 However, union rep for the workers, the Banking, Insurance and General Workers’ Union (BIGWU), says the “threatening memorandum by the company is considered an act of trespass on the rights of workers by the union, the issue of the COVID-19 outbreak being one that severely impacts the health, safety and well being of workers and very much a public issue which the union and its branch representatives will not be muzzled on.