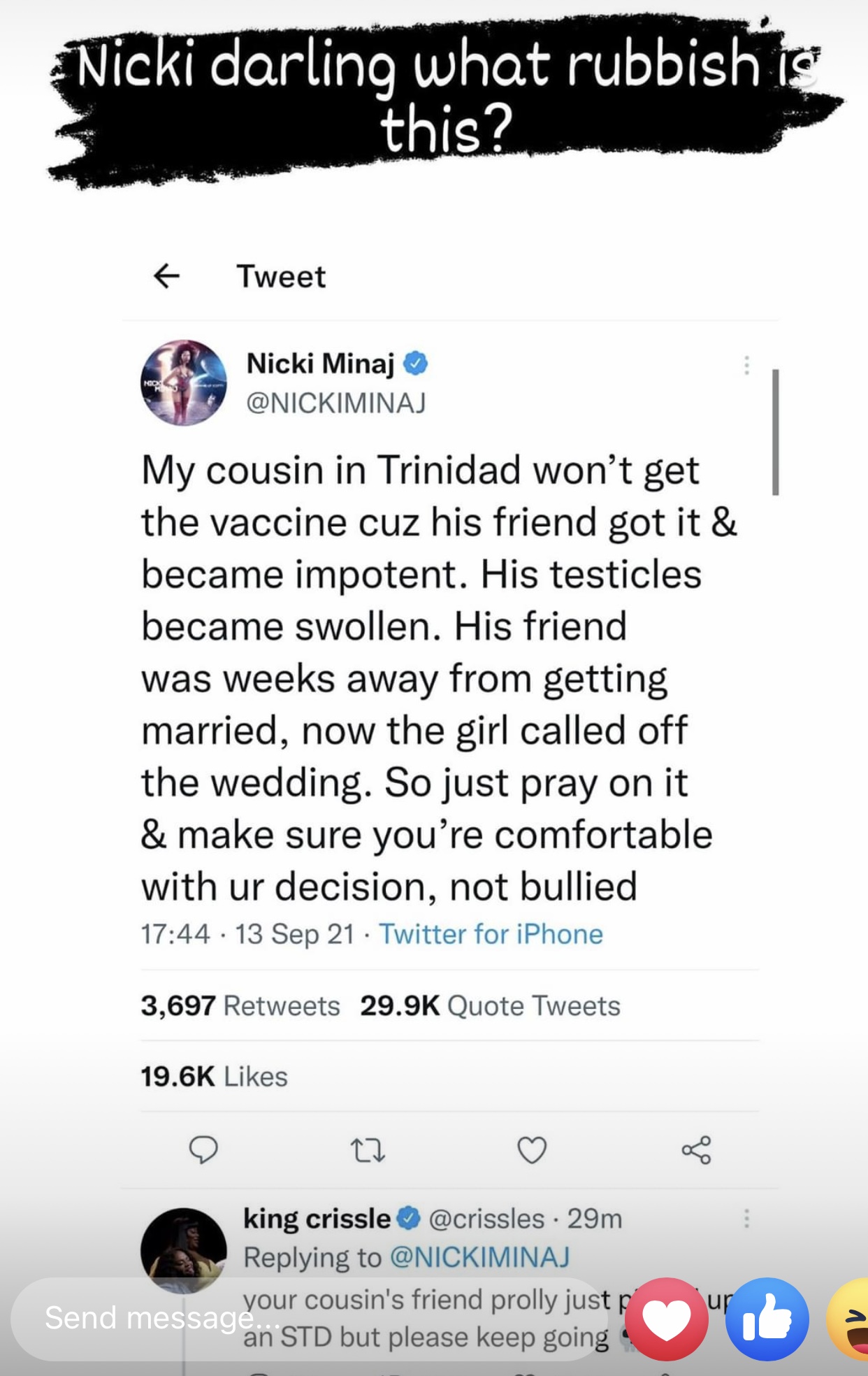 Trinidad and Tobago born music superstar is being dragged and taking heat after a tweet which suggested that she is an anti vaxer. Minaj tweeted that her cousin,s friend  in Trinidad took the Covid 19 vaccine and became impotent . The Twitter verse exploded condemning her as very ignorant and irresponsible.
Minaj has over 8 million followers and a huge influence on young people who need to be vaccinated, many said and should be more responsible in a pandemic when lives are at stake.

Professor Chris Whitty says rapper Nicki Minaj “should be ashamed” after she tweeted an unsubstantiated story about a man who had a COVID vaccine and then allegedly became impotent.

Speaking at a Downing Street news conference, England’s chief medical officer said: “There are a number of myths that fly around, some of which are just clearly ridiculous and some of which are clearly designed just to scare.