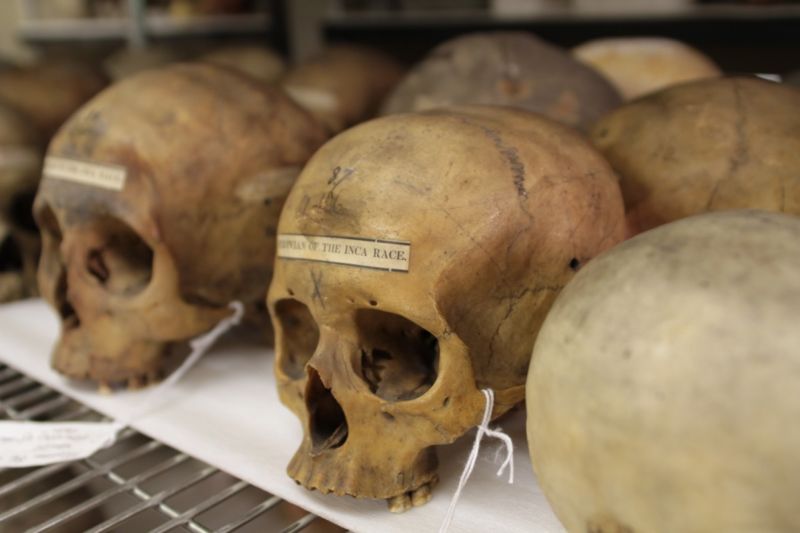 Museum Sorry for the Collection of Skulls of Black People

A Pennsylvania museum is apologizing after it displayed stolen human skulls of Black people in an exhibit.

The skulls of Black people (some hundreds of years old) are said to be given back to their communities of origin for reburial, per a statement from the University of Pennsylvania’s Museum of Archeology and Anthropology. Penn Museum issued an apology last week, claiming it was using the skulls for its Morton Collection of Archeology and Anthropology.

In the statement, the museum also said that it outlined a plan to repatriate them.

“The Penn Museum and the University of Pennsylvania apologize for the unethical possession of human remains in the Morton Collection,” wrote Christopher Woods, who became the new director of Penn Museum on April 1. “It is time for these individuals to be returned to their ancestral communities, wherever possible, as a step toward atonement and repair for the racist and colonial practices that were integral to the formation of these collections.”

The Black human skulls were a part of an array of human skulls that totaled out to nearly 900. The skulls were obtained by Philadelphia scientist Dr. Samuel Morton during the early 19th century. He was one of the founding fathers of racism in the country, as most of his work was based on finding racial differences between different races of people. He is often referred to as the “Father of Scientific Racism.”

During his research and practice, he came to the false conclusion that a larger cranium meant greater intelligence. He went on to write his racist beliefs in the 1839 book Crania Americana. Most of the Black human skulls Morton has were given to him by grave robbers who would dig up the bodies of poor Black Americans at their burial grounds in Philadelphia’s potter’s field.

“It was gathered unethically. None of it was with consent. These folks couldn’t consent, given their position in society,” said Abdul-Aliy Muhammad, a Philadelphia activist.

National Security Ministry to recruit personnel where necessary, despite freeze on hirings 0