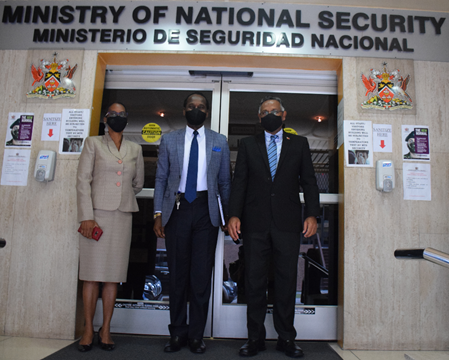 Minister Hinds on the new job! 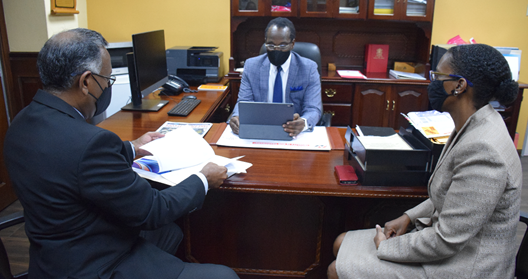 Immediately after, the Minister hosted a meeting with the Commissioner of Police, other members of the Trinidad and Tobago Police Service (TTPS) Executive and Divisional Commanders at the National Operations Fusion Centre, Knowsley Building, Port of Spain.

The meeting focused on the role of law enforcement agencies to enforce the COVID-19 Public Health Regulations.

Minister Hinds stated that action will be taken over the next three-week period to ensure that laws are properly followed and enforced. He indicated that each Police Division will have an enforcement team, which will report daily on their operations.

Minister Hinds will soon meet with Heads of the Defence and Protective Services and other key officials of the Ministry, to receive an update on anti-crime strategies currently being pursued by the various National Security Agencies and discuss the way forward in executing the Ministry’s mandate.

Minister Hinds said he welcomed the opportunity to lead the Ministry of National Security again.

PH drivers deemed illegal and must be treated as such 0