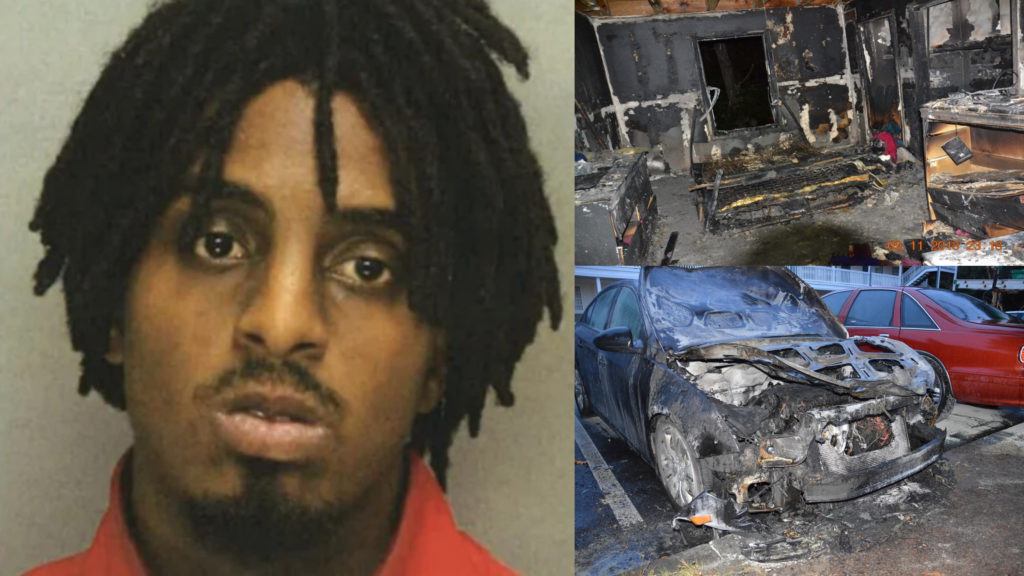 A Georgia man who intentionally set fire to the home of a woman who rejected his advances has received a 20-year prison sentence.

Jerel Jay Wilson of Union City was found guilty on Monday of arson in the first and second degree and simple battery. His trail of destruction began on September 10, 2018, when he confronted his victim via text about her new boyfriend. The following day, he sent her a photo of the World Trade Center burning during the September 11 attacks. That same day, Wilson broke into the woman’s apartment and set her bedroom on fire while she and her roommate were at work. Wilson also stole her television before leaving the home, which was completely destroyed in the flame.

Several weeks later, the woman accidentally dialed Wilson’s phone number while driving a friend to the InTown Suites on Highlands Parkway. Wilson went to the hotel, where he physically attacked the woman before setting her car on fire. He then texted the woman to apologize shortly after.

With both fires, security footage, Wilson’s phone, and a GPS device on his car placed him at the scene of the crimes. Investigators also located a pawn ticket that showed Wilson pawned the victim’s television the same day he stole it.

In addition to his 20-year sentence, the now 29-year-old will serve ten years of probation and abide by a permanent protective order prohibiting him from having any contact with the victim.