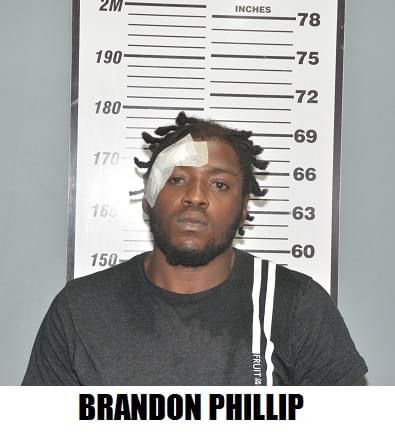 Man charged after being caught red-handed during house burglary

A 19-year-old man will appear before a Port-of-Spain Magistrate today to answer to the charge of house burglary.

BRANDON PHILLIP, of Laventille Road, San Juan, was arrested and charged with house burglary on Thursday 5th November, 2020, by WPC Cooper of the San Juan Criminal Investigations Department (CID) after allegedly being caught at a home in Barataria.

The man was reportedly held by officers who were responding to a distress call made to the police by a family that three men were attempting to break into their home.

According to the victims, they secured their downstairs apartment by locking all doors and windows and retired to bed.

Around 3.30 am on Thursday 5th November, 2020, while asleep in their bedrooms, they were awakened by a loud noise to the front of the building.

Upon checking CCTV cameras at the house, they observed three men in the front yard of their apartment building attempting to gain access through the kitchen window. The family immediately contacted the police who subsequently dispatched several units to the scene.

CID officers, with the assistance of members of the North-Eastern Division Task Force (NEDTF), gave chase and apprehended one of the suspects some distance away.

One man was immediately arrested and taken into police custody where he was later charged with house burglary.

PHILLIP will answer to the charge when his matter comes up for hearing today, Friday 6th November, 2020, at the Port-of-Spain Magistrate’s Court.

The arrests of the two male suspects in this case are imminent.