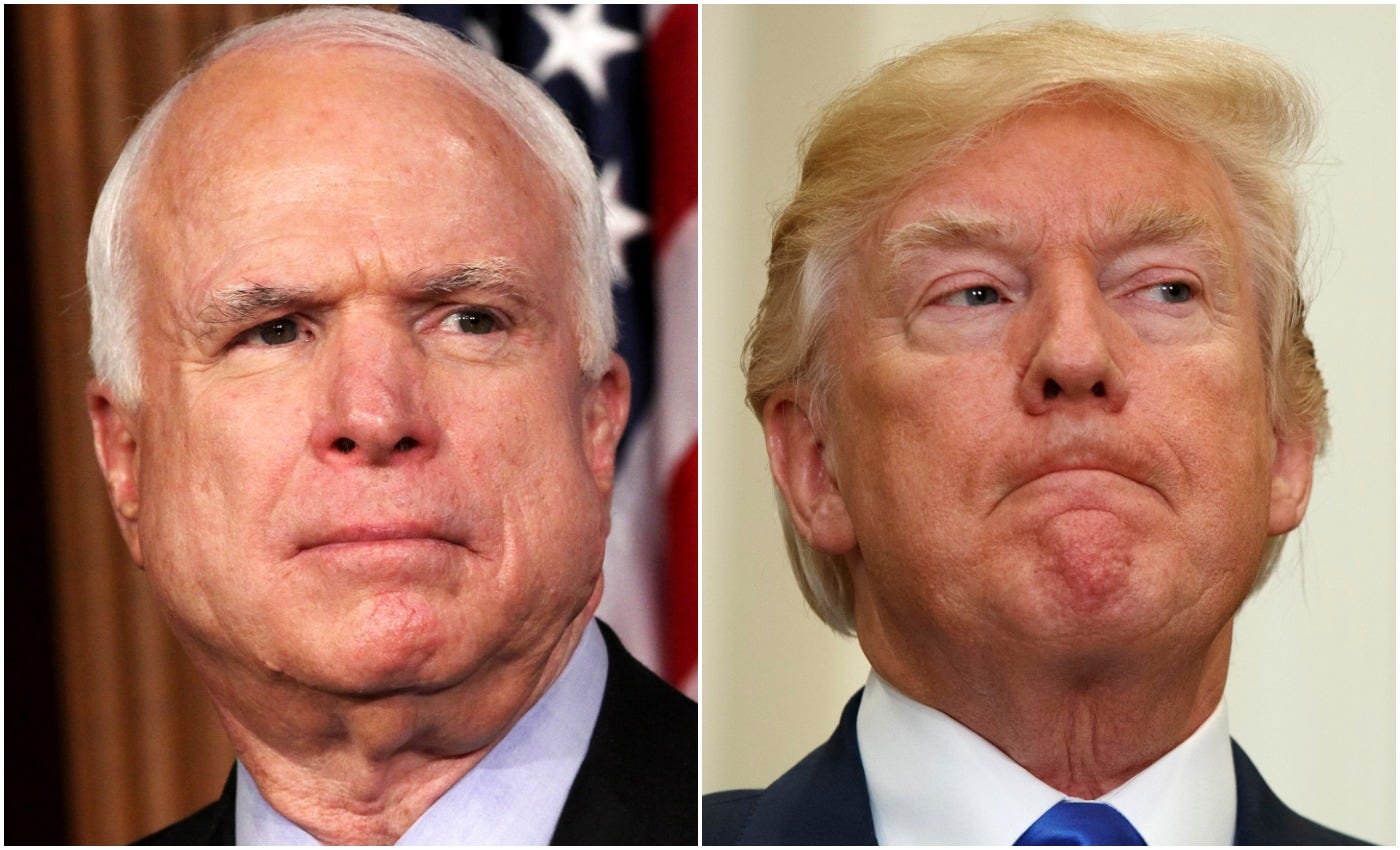 Donald Trump Could Turn Arizona Blue because of John McCain

The state of Arizona has gone to Republicans in almost every presidential election since 1952 – there was only one exception in 1996, when Bill Clinton was re-elected.

Donald Trump was also able to claim the desert state for himself four years ago. At the moment everything looks like Joe Biden  will make the race. Even the conservative TV broadcaster Fox News is currently assuming a Democratic victory.

“To blame” for the impending defeat could be a deceased Republican, John McCain because Trump repeatedly fought with McCain, one of Arizona’s most popular politicians, during his lifetime.

McCain felt the anger of Trump especially when he opposed the abolition of the general health insurance Obamacare in the Senate. Trump was unable to keep one of his most important election promises and therefore called McCain a traitor. Trump could hardly hide his anticipation that his adversary would die soon when he became terminally ill.

For this hostility now comes the delayed return coach: Widow Cindy (66) and daughter Meghan McCain (36) publicly spoke out in favor of Joe Biden. Only Biden stands for American values, said Cindy McCain at the Democratic Party conference in September. Apparently, many voters in Arizona have responded to this call.

McCain also remains unforgettable because of a scene from the 2008 election campaign: A woman complained to him that Barack Hussein Obama (59) had to be prevented from being president because he was an “Arab”. The Republican presidential candidate McCain immediately stopped this claim: “No, ma’am, Barack Obama is an honorable gentleman with whom I only have political differences.”

McCain was a Senator from 1987 until his death in 2018. He is remembered as a hero in the United States – especially in his native Arizona. He was popular across party lines. In Switzerland he was feared mainly because of the tax dispute.

Blaxx resting comfortably at home after being discharged from hospital 0