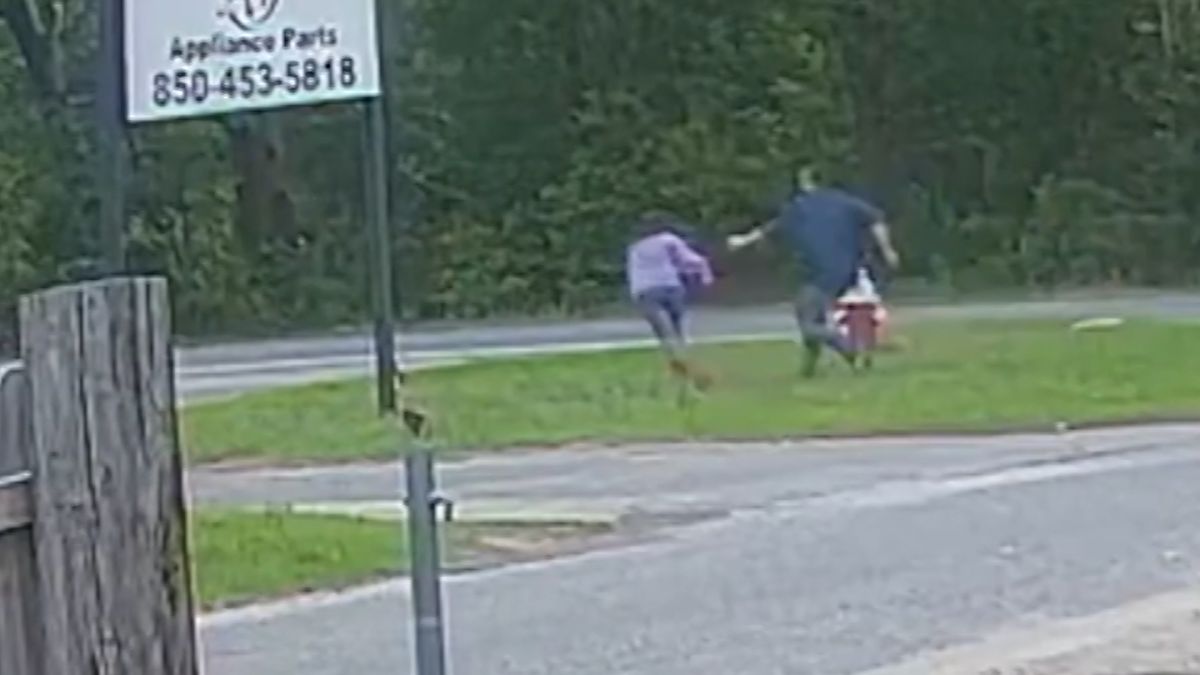 An 11-year-old Florida girl escaped a predator after fighting him off, in open daylight to be witnessed by an onlooker.

On Tuesday, an 11-year-old girl was waiting at her bust stop in Pensacola when a man drove by in a white Dodge Journey. Moments later, the man returned and is then seen leaving his video and running toward the girl. The man, identified as Jared Paul Stanga, grabs the girl and starts taking her to his car.

The two begin to struggle, and Stanga can be seen falling on top of the girl before eventually letting her go. Surveillance footage captured the entire incident. After letting the girl go, the video shows Stanga running back to his car and driving off.

The news outlet reports that the girl ran back home and told her parents, who immediately called the police. Officers from Escambia County arrested Stanga later that day after receiving help from the community in identifying him. Police say the girl was playing with blue slime right before the abduction happened. Stanga ended up going out around town the same day, and blue slime was seen on his arms.

The girl’s mother said they are “working through” the traumatic situation. Escambia County Sheriff Chip Simmons said Stanga has a history of sexual offenses with children. “I cannot help to think that this could have ended very differently had this 11-year-old victim not thought to fight, and to fight, and to just never give up.

This could have ended terribly,” Simmons said. “Why else do you think that this man stopped his van and tried to pick her up and take her into that van? It doesn’t take a genius to figure out what his intentions were. They were not good.”

The U.S. will be closing off its airspace to all Russian flights 0