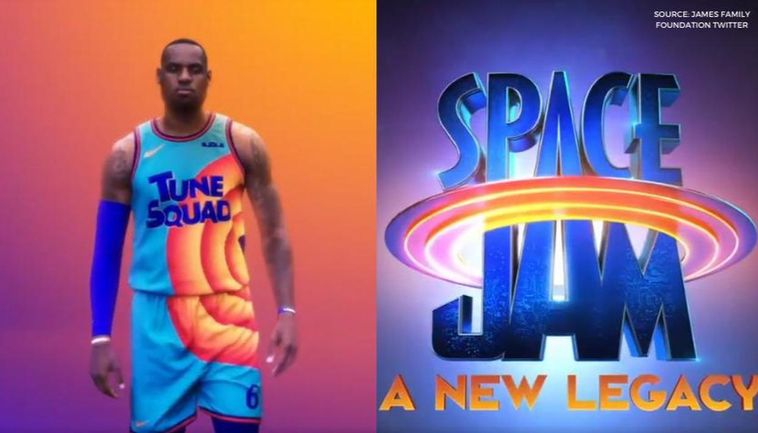 Space Jam 2 has been in the works for a number of years, and only recently has the official title and release date been shared, giving us another reason to look forward to summer 2021.

And now, LeBron James, who is set to star in the hit film’s sequel, has revealed the first look at the upcoming film, with never-before-seen images of what we can expect from the movie.

Sharing a sneak-peek as part of an interview he did with Entertainment Weekly, the NBA legend gifted us with a number of iconic images of him alongside the Looney Tunes characters, including Bugs Bunny, Lola Bunny, Daffy Duck and Tweety, to name a few.

The movie itself, Space Jam 2: A New Legacy, is set to feature cameos from an array of well-known NBA and WNBA players, following on from the first film that was aired 25 years ago and was centred around NBA veteran, Michael Jordan.

The highly-anticipated movie is set for release in July 2021, so let the countdown begin!

Suveer of Lit 102.3fm trends in a big with leaked nudes

Suveer of Lit 102.3fm trends in a big with leaked nudes

Suveer of Lit 102.3fm trends in a big with leaked nudes 0