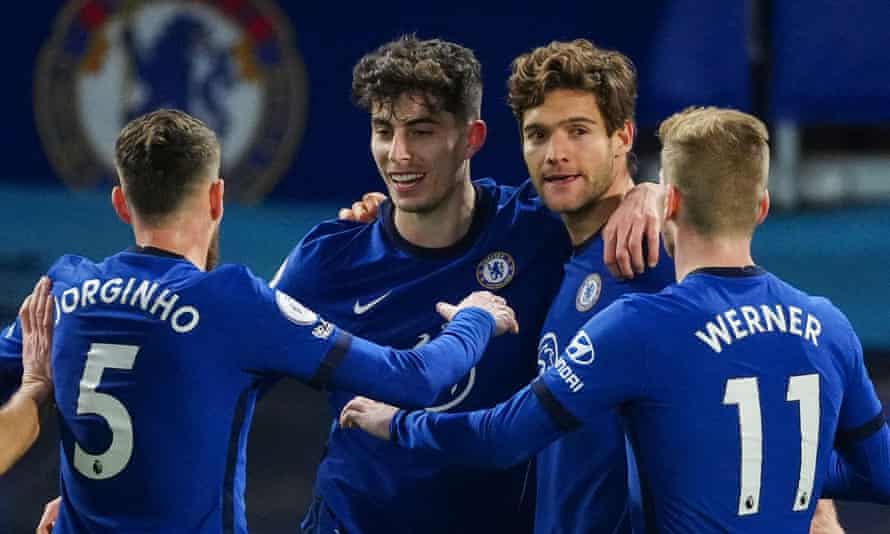 The Chelsea footballers won the 27th round of the English league over Everton 2-0 and consolidated fourth in the Champions League. He followed Ben Godfrey’s own goal in the second half with a converted penalty by Jorginho.

The London team has not lost its ninth league game in a row since the arrival of the new coach Thomas Tuchel, it kept a clean sheet for the third time in a row and increased its lead over today’s opponent to four points. Everton remains fifth in the incomplete table.

Although the home team entered the match without their scorer from the last winning match against Liverpool, Mason Mount, who was left only on the bench, they still took the lead after half an hour of play. Alons’s sharp cross from the left flank for Kai Havertz and his attempt was unfortunate. It was Everton’s 54th own goal, which has the worst record of all teams in the Premier League in this statistic.

Chelsea was still active after the break and the main role was played by the German midfielder Havertz. His goal 55 minutes into the match seemed wasted, as the shot was both short and off target. Jorginho masterfully turned the penalty.

Everton, who won the first match in December 1: 0, did not get many chances this time. The “Toffees” failed after three wins, Chelsea kept a clean sheet in the league for the third time in a row.