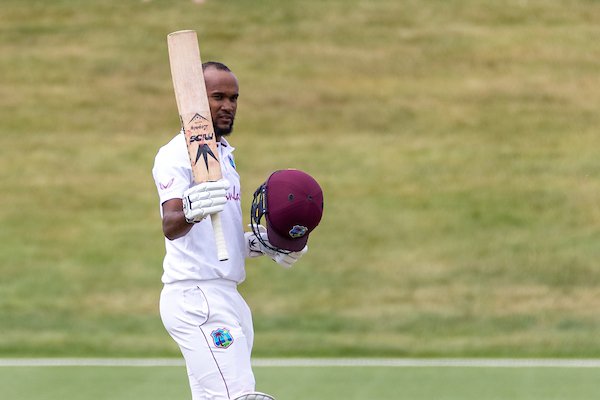 Kraigg Brathwaite made a masterful century as he batted superbly against New Zealand “A” on the opening day of the four-day first-class match at the John Davies Oval on Thursday.
The experienced opener finished the day on 183 not out as West Indies scored 353-3, as they continue preparations for the two-Test series.

The 27-year-old batted through the entire 90 overs and has so far faced 262 balls and hit 14 fours and a six. It is his 23rd first-class century and he will resume on Friday in search of a double-century.

The highlight of the day was his second wicket partnership 189 with left-hander Darren Bravo, who played some glorious strokes on both sides of the wicket before he was caught in the off-side. Bravo, scored 93 to follow up the century he made in the warm-up match last week. He faced 167 balls and hit 11 fours.

Earlier John Campbell made 45 with eight boundaries as he and Brathwaite added 111 in the first session.

West Indies are preparing to face the Black Caps in two Test matches — December 3-7 at Seddon Park in Hamilton and December 11-15 at the Basin Reserve in Wellington.