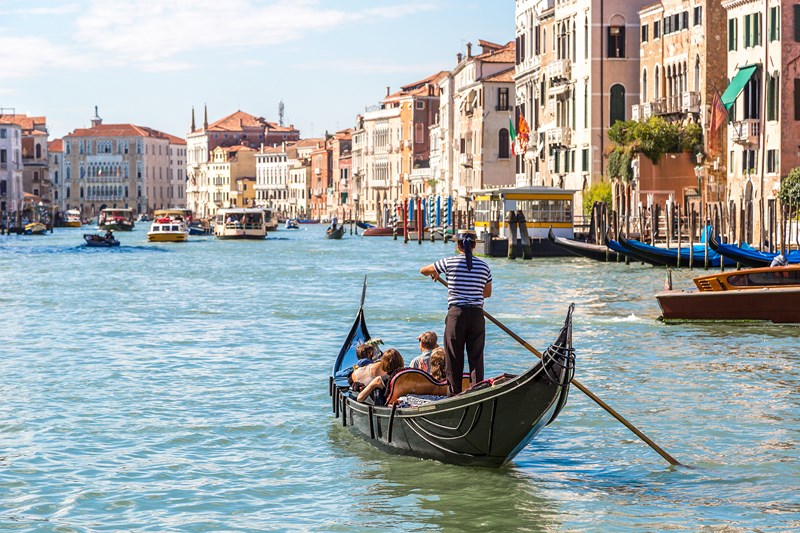 The continuous misbehaviour of several tourists has meant that Venice, in Italy, needed to take steps to try to reverse the situation. The Italian city has announced that it will charge an entrance fee to visitors who do not have an overnight reservation.

The official measure has been announced by the local government for over a year. However, the implementation of the fees was postponed due to the COVID-19 pandemic. Accordingly, local authorities announced this week that the charge will take effect on January 1st, 2022.

The measure adopted by the Italian city is a way to slow down the “back and forth” tourism of more than 30 million people who visit the region annually, under normal circumstances. With the slowdown in tourism due to the pandemic, the government opted to postpone collection to help promote the return of tourists. This is because the local economy, which depends mostly on this activity, is facing a very pessimistic moment.

Although the government has not confirmed the amount that will be charged, the rates previously provided for a maximum price of 10 euros (about R $ 63.9, in the current quote) for the fullest days. However, the access fee, as the rate is called, should vary according to the city’s capacity. Thus, the authorities hope to be able to distribute the visits so as not to overload the city throughout the season.

Visitors who arrive in the city with proof of accommodation overnight will be exempt from paying the fee. According to the Venice authorities, the exemption occurs to encourage tourists to spend at least one night in the city and, consequently, to further move the local economy.

Loading...
Newer Post
Kraigg Brathwaite shines with183 not out in Windies warm-up against NZ ‘A’
Older Post
PNM Women accuse Moonilal of capitalising on Venezuelan issue for his own agenda