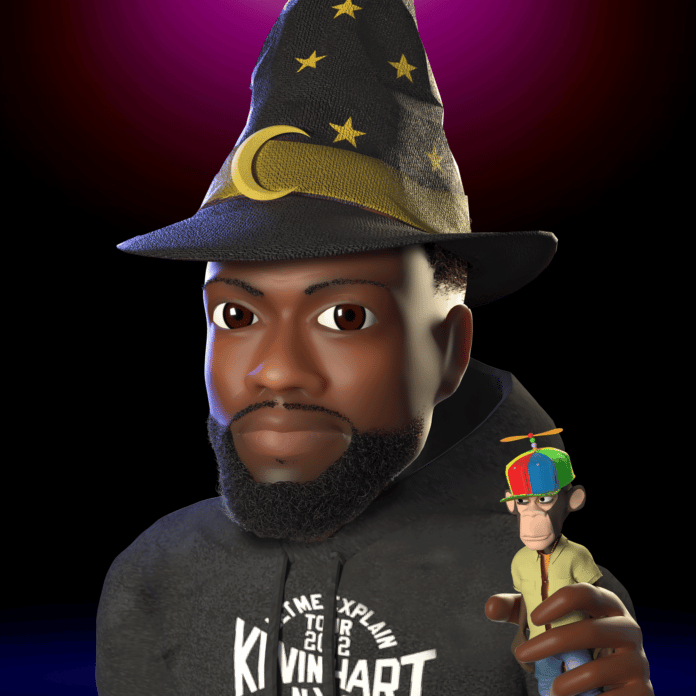 The 30-minute animated anthology is based on his popular IGTV series of the same name. The special will also kick off a series of Web3 experiences including an NFT collection that will release to the public on July 7, according to a press release.

The special takes fans inside Hart’s virtual universe where audiences will get a front row seat to Hart’s most immersive and personal experience to date with the special showcasing moments from Hart’s life, as told by him, per the news release.

Starting Thursday, July 7, fans will be able to purchase one of 10,000 unique “Confessions From the Hart” NFTs at web3.kevinhartnation.com for $65 each. The NFTs can be purchased with a credit card or Ethereum-based cryptocurrency.

“My favorite thing to do is make people laugh, and with Hartbeat’s expansion into the metaverse and Web3 we will have exponential opportunities to bring humor and comedy to a whole new audience. I am so proud of my team for their forward thinking and ingenuity,” Hart said in a statement. “With this new technology we will be able to continue expanding our footprint into the new technological frontiers of content creation.”

The NFT will serve as a key to unlock future exclusive content of “Confessions from the Hart” as well as receive exclusive member benefits in Kevin Hart Nation IRL and Metaverse experiences.

Kevin has always been one of the most forward-thinking and entrepreneurial entertainers in the industry, tapping into new technologies to connect with audiences. His entry into the Metaverse is another example of HARTBEAT’s commitment to connecting with fans wherever and whenever they consume content,” said Jeff Clanagan, President & Chief Distribution Officer at HARTBEAT Media.

“‘Confessions from the Hart’ is the first in a series of Metaverse activations as we expand IP across innovative distribution touchpoints. We look forward to creating more experiences that complement traditional linear platforms and physical event experiences that Web3 natives and mainstream audiences can enjoy,” he added.

“The Roku Channel and HARTBEAT have a strong, longstanding partnership and we are proud to continue expanding the ways in which we collaborate to provide free premium content, including Roku Originals, VOD and FAST programming under the LOL brand,” says David Eilenberg, Vice President and Head of Roku Originals, Roku

“’Confessions from the Hart’ is a perfect example of the thoughtful, inventive, and hilarious fare Kevin and his creative team have become known for worldwide, and we’re excited to bring it to millions of streamers via The Roku Channel,” he added.