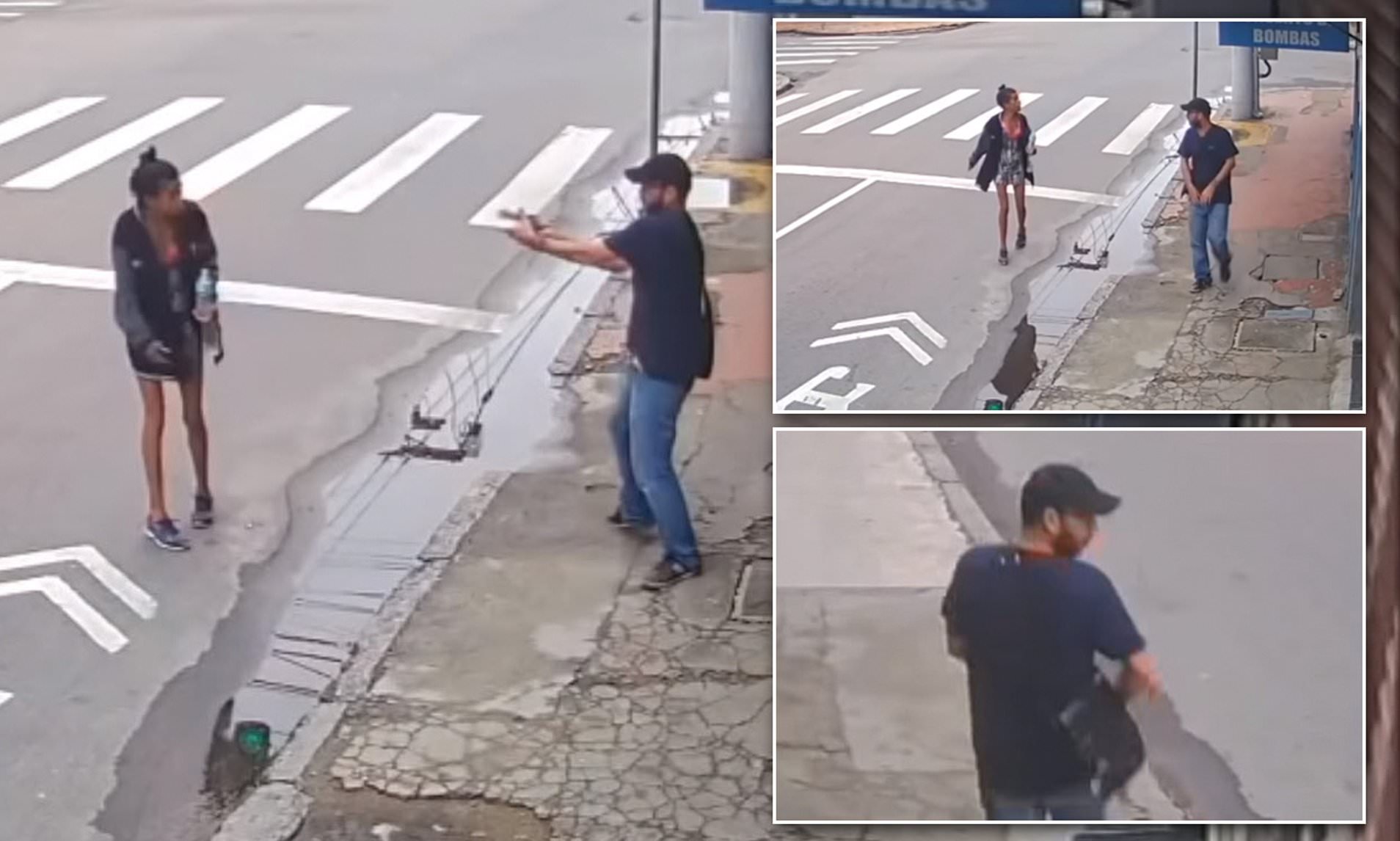 A horrifying video has captured the moment a homeless woman was shot dead in broad daylight, seconds after asking a man for spare change to buy food.

Zilda Henrique dos Santos Leandro, 31, called out to Aderbal Ramos de Castro on a street in Rio de Janeiro, Brazil, to ask for some change, with the man ignoring her until she caught up with him.

After a short exchange, de Castro raises a 39-caliber revolver and shoots Dos Santos Leandro, who was also known as Néia.

The homeless woman was attended to by witnesses and rushed to the hospital, where she was pronounced dead.

De Castro fled on foot and was later arrested, with his lawyer later claiming that he thought the woman was trying to rob him as he went to open his restaurant.

His reaction was driven by having been robbed in the area previously, his lawyer claimed.

The slaying came just hours after another attack on the homeless in Brazil when four homeless men died and four other people were hospitalized in critical condition after drinking from a bottle containing a “suspicious liquid” given to them by unidentified people in Sao Paulo.