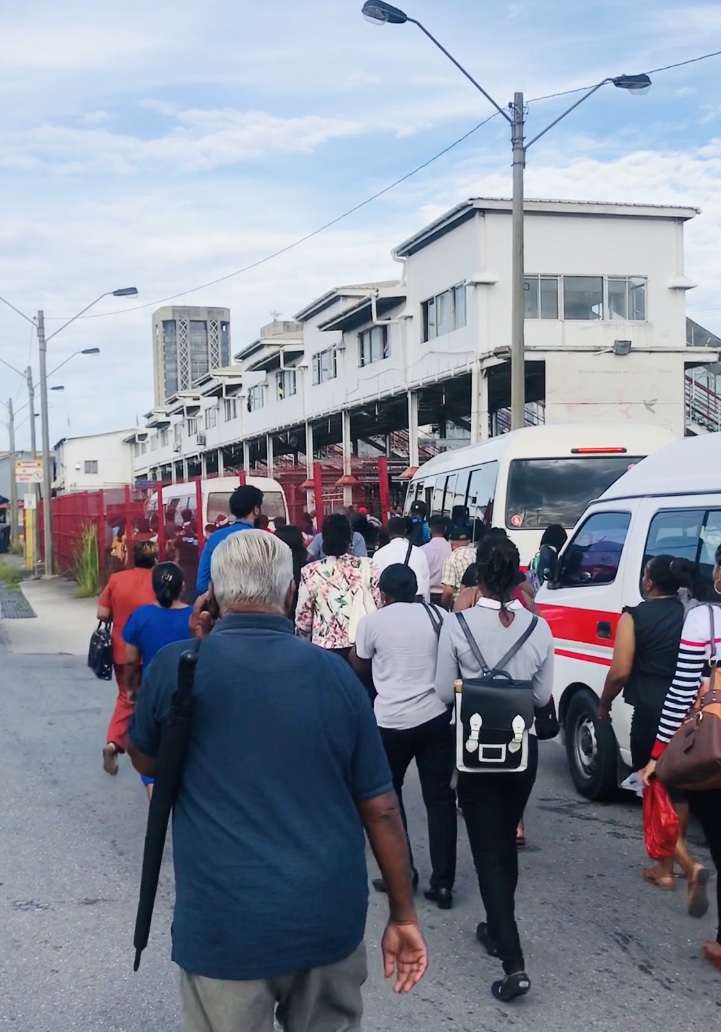 Scores of commuters had to make the trek from outside of City Gate to the lower part of the hub, as one maxi driver blocked the entrance this morning.

Around 8:00am, commuters passed alongside one maxi taxi that was parked in front of the entrance, blocking other drivers from entering the hub.

Sources say the drivers have engaged in a protest action as they are calling for the facilities at City Gate to improve. The drivers have said that their working conditions are deplorable, and they see this as one of the only ways to get the attention of authorities.

A police vehicle was seen parked nearby with a few police officers engaged in discussion with the drivers. The driver of the vehicle eventually moved, although other maxi taxis were still dropping their passengers off outside of the hub, turning around, and heading back to the East.

Yesterday, the Public Transport Services Corporation (PTSC) issued a press release informing the public of delays in their bus services as a result of an unusually large number of their fleet being defected by their Drivers. This, the Corporation said, has caused severe inconvenience to their valued
commuters.

The Corporation said they have reason to believe that the situation is related to on-going negotiations in which non-cost items are being negotiated between the Union and the PTSC. They said the Corporation is unable to negotiate the cost items with the Union, without the prior approval of the Chief Personal Officer (CPO).

They apologized for any inconvenience caused. They are diligently working towards rectifying the situation and returning to their normal bus schedules within the shortest possible time frame.