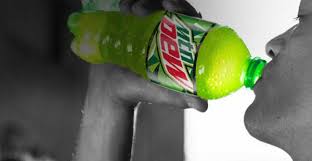 A felony charge that was filed against a homeless man after he paid $2 for a Mountain Dew drink that cost $2.29 plus tax.

Joseph Sobolewski said he saw a sign for 20-ounce Mountain Dew bottles: 2 for $3, so he took one and put $2.00 on the counter and left.

The Perry County district attorney’s office eventually dismissed the felony charge which was filed against the homeless man.

Joseph Sobolewski claimed after visiting the gas station incident that it was a misunderstanding.

So he had shorted the store 29 cents plus tax, or 43 cents total.

The store subsequently called 911 and Pennsylvania State police Trooper Johnathan Sullivan charged him with a felony, and a Magisterial District Judge Jackie Leister locked him up for seven days on $50,000 cash-only bond.
*Cover Story* 14923 International 2592 News 13576