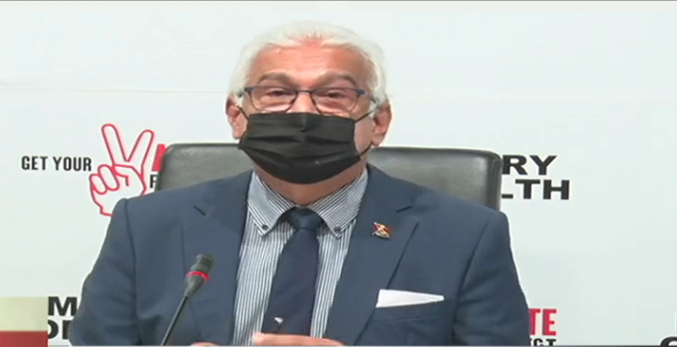 Health Minister Terrence Deyalsingh says that the Government is responsible for ensuring that the health regulations are in place but it’s up to business owners and fete promoters to implement them.

He was at the time responding to what club owners have described as a double standard as they are not allowed to operate however there were several Carnival events that took place.

In the Grand Stand at a soca concert last Thursday night thousands of patrons who attended the event partied with no masks and did not appear to adhere to COVID-19 social-distancing protocols.

Video and photos of the show ‘Vibes with Voicey’ were subject to strong condemnation by many on social media, with many predicting a post-Carnival spike in COVID-19 cases as a result of the activity.

Speaking at the Ministry of Health’s Covid Media Update this morning Deyalsingh said that the responsibility of the Government is to ensure that health regulations are in place, how they were used was up to promoters.

He said that it is the job of the TTPS to enforce the regulations.