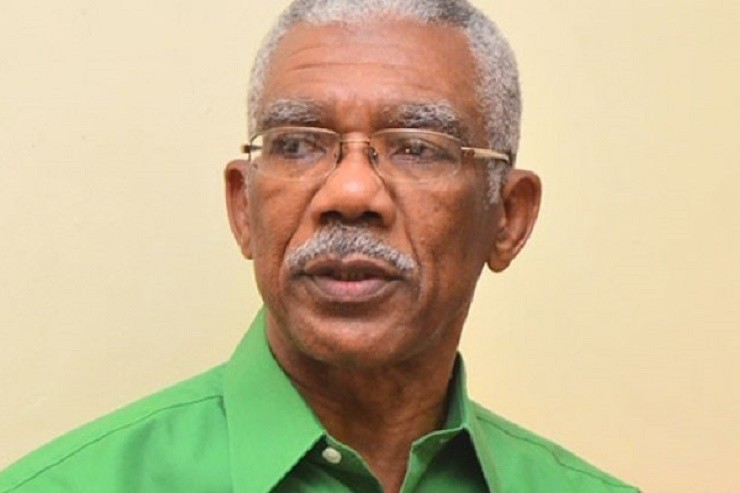 President David Granger said he will announce a date for General and Regional Elections soon, noting that a meeting with his Cabinet this week is critical to the process.

On Sunday, while delivering the keynote address at the Second Annual General Meeting of the International Decade for People of African Descent Assembly-Guyana (IDPADA-G), President Granger said naming a date for the much-anticipated elections remains a top priority for him.

He has committed to proclaiming a date for elections following his discussions with Cabinet, which comprises members of the six-party coalition. Thus far, all ministers within the Cabinet have not been able to meet with the President as this newspaper was able to confirm that at least two ministers were out of the jurisdiction when the President held his first meeting last Thursday.

“Prime Minister was there; Minister of Public Security was there; the two ministers who were affected by the hooliganism were there, but the fuller cabinet will meet again on Tuesday…this is urgent,” the Head of State added.

The Guyana Chronicle also confirmed that whenever a consensus is arrived at, the President will make an announcement.

Last Thursday, September 19, Chairman of the Guyana Elections Commission (GECOM), (Ret’d) Justice Claudette Singh informed President Granger that the Elections Secretariat would be in a position to facilitate elections by end of February 2020.

“Given all the objective factors, in addition to the deliberations of the Commission and my most recent consultations with our Secretariat, I have concluded, and take this opportunity to officially inform you, that the Guyana Elections Commission will be able to deliver credible elections by the end of February 2020,” Singh said in her letter to the Head of State.

At a function later that day, the President told the media that he will discuss the letter with his Cabinet. Those discussions are still ongoing.

Meanwhile, Leader of the Opposition, Bharrat Jagdeo, has accepted the February 2020 timeline for new elections and has called on his supporters to “get registered” during the upcoming Claims and Objections period.

During his tirade, he spoke highly of Justice Singh but criticized her decision regarding the February 2020 timeline. “Whilst we’re disappointed with the date, we believe that elections should have been held before the end of the year, we are going to work to ensure that they’re held, hopefully at the end of February…We will continue to prepare for elections from the PPP side by ensuring people get registered when the Claims and Objections come about. I want to urge everyone to get registered in that period because that will be a legal and a constitutional process,” he said during a press conference on Thursday.

Even though he made those remarks, earlier in the day, he led a protest action demanding early elections and the removal of the government. According to him, the government is now illegal.

Unmoved by the protest, President Granger made it clear that his government has not defied the court nor has it breached the Constitution of Guyana. “My government has complied with the orders of the courts at all times. It has acted correctly, in good faith, and in accordance with the guidelines laid down by constitutional conventions,” the Head of State said.

He added: “Political stability through adherence to constitutional rule, respect for the law, the presence of strong institutions and the pursuit of democratic governance are essential conditions for economic expansion.”

On GECOM’s end, the Secretariat has been actively training polling day staff countrywide with training outstanding in the hinterland and in other parts of Georgetown. This is expected to be completed by October.

GECOM has assured that the data from the recent house-to-house registration exercise will be used in the coming elections and that additional funding to facilitate its new timeline, when approved, will come from the government.

This newspaper has been made aware that the first batch of data, encoded into the National Register of Registrants Database from the just concluded House-to-House, will be sent to GECOM’s service providers in the United States of America (USA) to be cross-matched today.