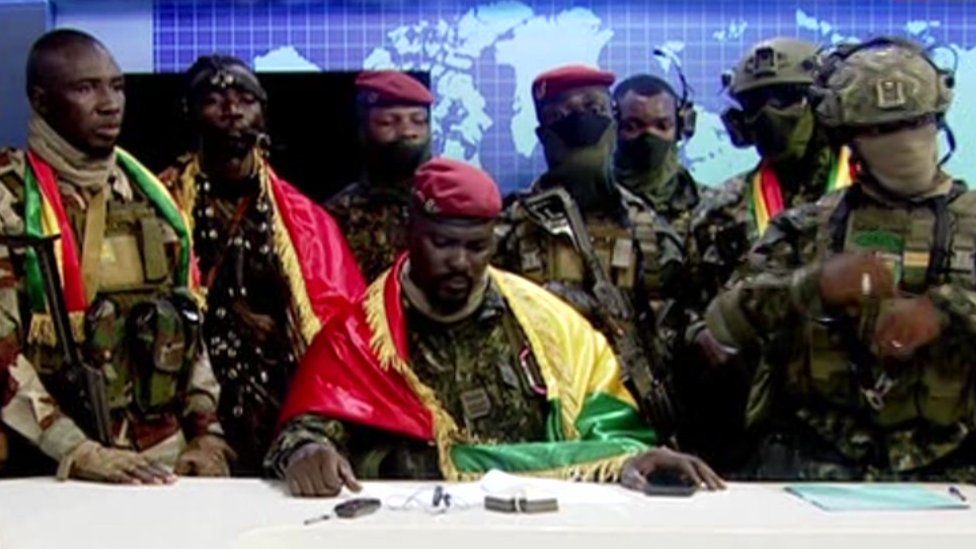 A Guinean military officer broadcast a statement Sunday announcing that Guinea’s Constitution has been dissolved in an apparent coup.
“We will no longer entrust politics to a man. We will entrust it to the people. We come only for that; it is the duty of a soldier, to save the country,” Guinean army officer Mamady Doumbouya says in the video.
An adviser to President Alpha Conde told CNN that Conde is under arrest and that a coup has taken place in the West African country.
The location of the 83-year-old, who won a heavily disputed election last year, is unclear.
In the video, Doumbouya — wearing a special forces uniform — says they have arrested Conde and suspended the constitution, the government and all other institutions.