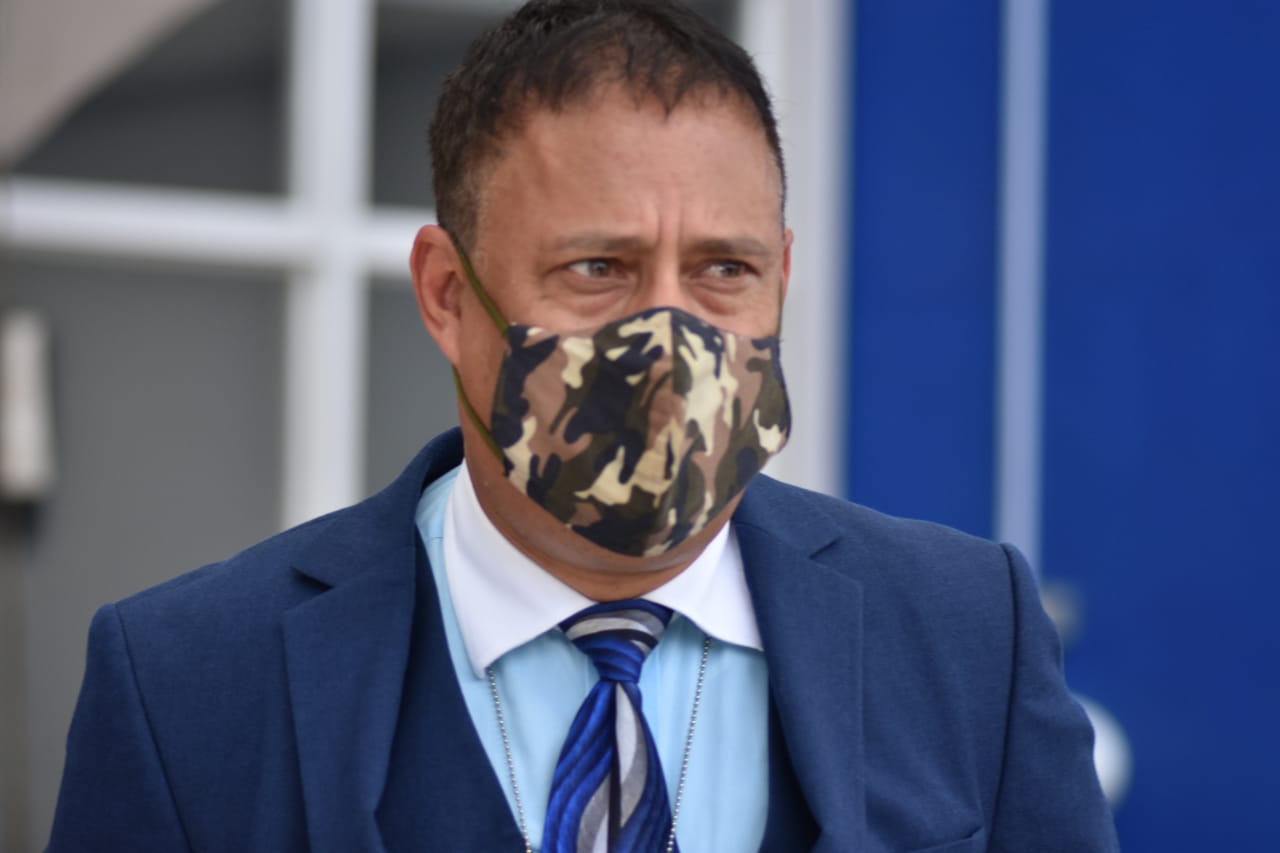 Leader of the National Transformation Alliance (NTA), Gary Griffith, has expressed disappointment in the hypocrisy displayed by the Minister of National Security Fitzgerald Hinds.

In a statement on Saturday, the NTA said it expresses feigned outrage at what he (Hinds) says is a very concerning situation involving the leak of a secret special branch report on his Ministerial colleague. Interestingly he expressed no concern whatsoever with the contents of the document. Talk about obfuscation.

According to the party, this same Prime Minister received a baseless report written by one member of a two member committee, whose report did not contain a single verifiable fact, and yet he, the Prime Minister, eagerly acted on this report, and caused the complete derailment of the entire CoP recruitment process. This same Prime Minister saw the Barrington report as a reason to turn President’s House into a Post Office, causing a President not to adhere to the Law as written, and to cause chaos in a PSC, by insisting that they pull back a Merit List for selection of CoP. This in turn lead to all PSC members resigning in disgust over these actions.

But when Special Branch, which is a bona fide law enforcement agency, and a department of the Trinidad and Tobago Police Service, submits a certified Intelligence report on one of his own, he refuses to act on it, and in fact, it seems like the individual in question was promoted, having gone from Government Senator, to Member of Parliament and now to Cabinet Minister.

The NTA release said, “This lack of impartiality is mind boggling, and the overt covering up for a colleague by the Prime Minister is now present for all to see. What we are witnessing is an abuse of power right before our eyes, and this does not augur well for us as a country.”

*Dozens of individuals had access to this recent leaked correspondence, including Government Ministers.*
The NTA also fully understands the intellectual limitations of Minister Hinds, but it is still disappointing that someone in such an exalted office, can perceive that the only person who could have leaked this recent correspondence was the individual who it was addressed to, Former CoP, Gary Griffith. This Minister has deliberately or foolishly ignored the fact that dozens of staff at Special Branch would have drafted the report, and hence had access to that same report, prior to it being delivered. It is to be noted that the former CoP personally hand-delivered this document to several Senior Government Ministers in the National Security Council after receiving it, hence, if they kept to their style of leaks, one of these Ministers may very well have been the one to leak this report, in an attempt to discredit their very own, as it is no secret that the PNM has their internal elections on the horizon.

Griffith said “It is also interesting that the Government suddenly expresses concerns about National Security leaks ,when within the last few months, this same government has been responsible for leak after leak. Documents that were in the possession of Government Ministers alone, and/or members of the National Security Council, the NSC, made their way to the media with stunning regularity. Most of these reports ended up in the hands of two Express Newspapers’ reporters in particular. Ria Taitt and Denyse Renne had supposed scoop after scoop, all of which supported, and/or parroted the Government’s agenda. Has Fitzgerald Hinds forgotten these leaks? Let me remind him and the country of the undermentioned.

1. The leak of the report/complaint submitted to the PSC by the Honourable Prime Minister, pertaining to the issue involving the previous CoP, Gary Griffith, who refused to arrest persons in their home illegally. Interestingly Griffith’s written apology remains top secret to this day, as this would not align with the designed narrative of the government.
2. The leak of the Bliss Seepersad led PSC’s correspondence attempting to suspend the previous CoP, before even Griffith received it. Ironically, the letter rescinding the baseless suspension was never leaked, as again, this letter didn’t align with the objectives of the Government.
3. The leak of the Secret Barrington report, which was only in the hands of the National Security Council, yet somehow ended up in the hands of their media contacts.
4. The leak of the supposedly secret Stanley John report, that was only submitted to the Police Service Commission and National Security Council ( the latter being curious since Justice John was not hired by the council, but by a supposedly independent PSC), that somehow however, ended up at the Express Newspapers. Yet to this day the former COP is yet to receive a copy.
5. The leak of the Ministry of Finance’s supposedly confidential audit on the TTPS, somehow also ending up in the Express Newspapers again.

The party said it should also be noted that under the Proceeds of Crime Act, one breaks the law for tipping off criminals. This would apply to the Stanley John and Barrington reports in particular, yet neither Hinds or the Acting Commissioner of Police McDonald Jacob seems interested in doing an investigation to ascertain who broke the law.

One wonders, how is Minister Hinds hypocritically only concerned about the one possible leak that paints his Ministerial colleague in a bad light, but the several glaring leaks, as mentioned above, were of apparently no concern to the Minister of National Security.

Minister Hinds alluded to this leak being about Gossip and Bacchanal, but let us remind him that it was on that very basis that his government came into power, when his leader waved papers in Parliament that were proven to be untrue. In fact Gossip and Bacchanal seems to be a common thread in this present leadership, because it listened to certain police officers, whose intent was to mislead, when they whispered to the Prime Minister that if Griffith was returned as CoP, the police service would have revolted. Had Rowley and company not used Gossip and Bacchanal, and had used facts and evidence, they would have looked at a report done by a UK based agency which said that over 90% of police officers were in support of Griffith’s stewardship.

Griffith said therein lies the problem. This government lacks Leadership, Accountability, Management and Measurement of Performance – The LAMMP Model, which are the core principles and guidelines upon which the NTA intends to govern our twin-island Republic.