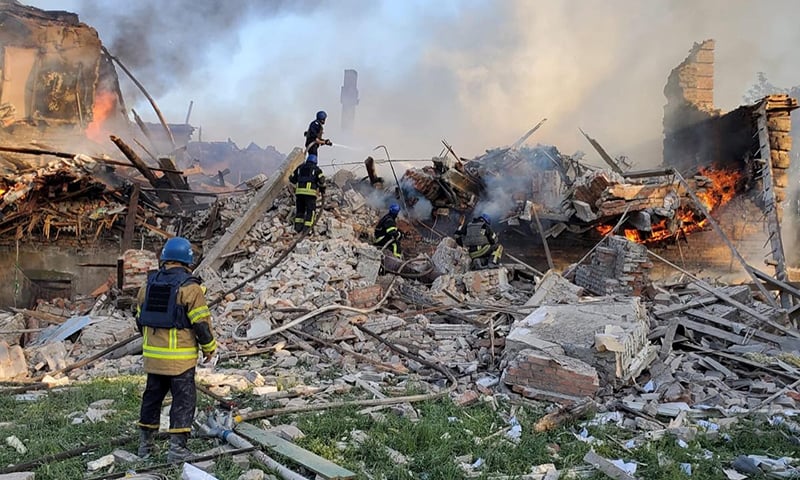 At least 60 people are missing and feared dead in the debris of a burned-out school after a Russian air raid in eastern Ukraine.

The governor of the Luhansk region, Serhiy Haidai, said on Sunday that two people were confirmed dead after Russian forces dropped a bomb on the school, and 30 civilians had been pulled from the debris.

About 90 people had been sheltering in the school in the village of Bilohorivka, said Haidai, and a fire following Saturday’s attack engulfed the building.

“The fire was extinguished after nearly four hours, then the rubble was cleared and, unfortunately, the bodies of two people were found,” Haidai wrote on the Telegram messaging app.

Al Jazeera could not immediately verify the comments.

Video released by the Luhansk military administration showed emergency services personnel amid the burning ruins of the building.

An unidentified person can be heard saying, “It is unlikely others have survived. The crater is down to the basement. It’s horrible.”

The most intense fighting in recent days has been in eastern Ukraine, where the two sides are entrenched in a fierce battle to capture or reclaim territory.

Moscow’s offensive there has focused on the Donbas, where Russia-backed separatists have been fighting since 2014.