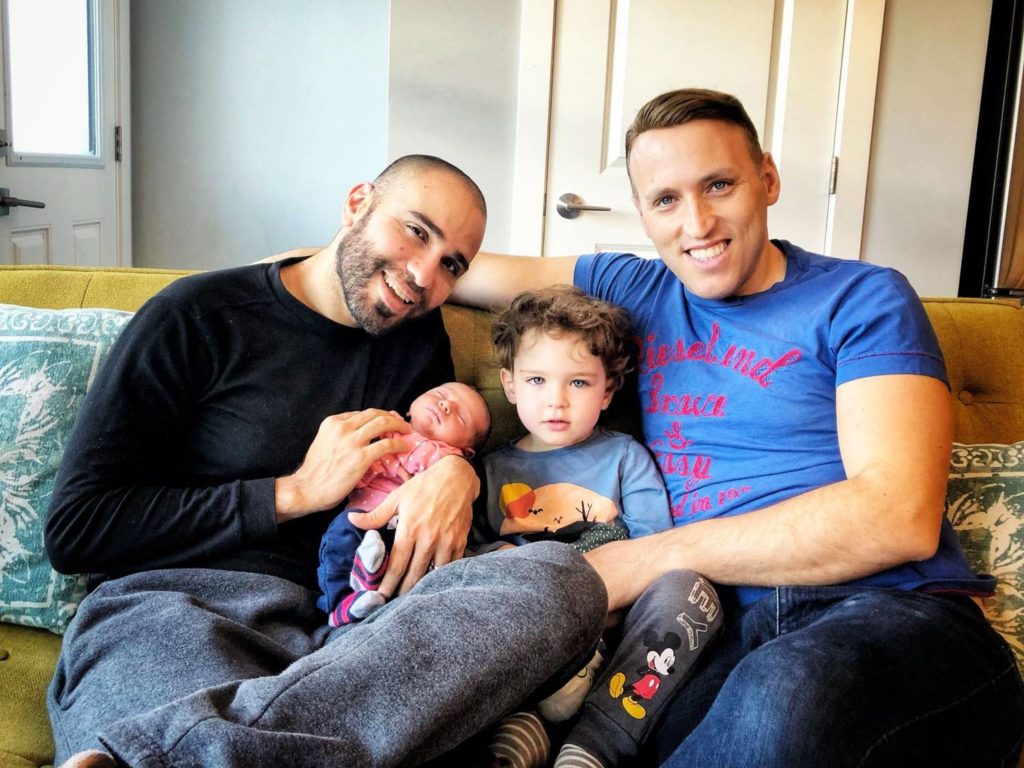 A US Maryland gay couple filed a lawsuit against the State Department saying they were discriminated against after their daughter was denied U.S. citizenship because she was born via a surrogate in Canada.

The lawsuit says the department denied the girl’s application for a U.S. passport this year and treated her as if she were born “out of wedlock” because her parents are a same-sex couple.

The federal lawsuit filed Thursday in Maryland is at least the fourth case challenging the State Department policy that attorneys for the plaintiffs described as “government-sponsored discrimination.”

Omar Gonzalez-Pagan, senior attorney at Lambda Legal, one of the groups representing the Kiviti family, told USA TODAY that the State Department’s decision “disregards the marriages of same-sex couples” and is “an affront to our American values.”

The Kiviti family now lives in fear, he said, because their daughter, only a few months old, will soon not have legal status in the United States.

“These cases are at an intersection of citizenship and what it means to be a citizen in this country and also our constitutional rights and the rights of LGBT families,” he added.

The couple married in California in 2013, and their son, Lev, was born in 2016 via a surrogate in Canada. Upon returning to the USA a couple of weeks later, they applied for and received his U.S. passport without question, the lawsuit says.

When the couple wanted another child, they opted for a surrogate again in Canada and used Adiel’s sperm. Daughter Kessem was born in February, and both parents were U.S. citizens at the time of her birth, the suit says.

When they applied for her U.S. passport, the couple said, they ran into problems and were asked to provide more documentation about the surrogacy.

After they did so, the lawsuit says, the State Department said it would treat Kessem as being born “out of wedlock” and denied her passport because it did not recognize her claim to citizenship through either Adiel or Roee.

The requirements for a child born to unmarried parents to be granted U.S. citizenship under the Immigration and Nationality Act are in some cases more stringent than those for children born to married parents, including a requirement that the parent has lived in the USA for at least five years and that there is a blood connection between child and parent.

“The State Department’s policy of treating children born to married same-sex couples as if one of their legal parents were a stranger is wrong and hurts families. It is also unlawful,” the lawsuit says.

Gonzalez-Pagan said that when the couple saw the decision in writing it was “so hurtful and so harmful.”

The couple want the State Department to rule that Kessem has been a U.S. citizen since birth and to give her a passport. The suit seeks a judgment that would bar the department from treating all children of same-sex couples as born “out of wedlock.”

In a similar case in California, a judge ruled in February that the son of a gay married couple has been a U.S. citizen since his birth, a decision that the State Department appealed. Two other federal cases are pending in Washington, D.C., and Georgia.