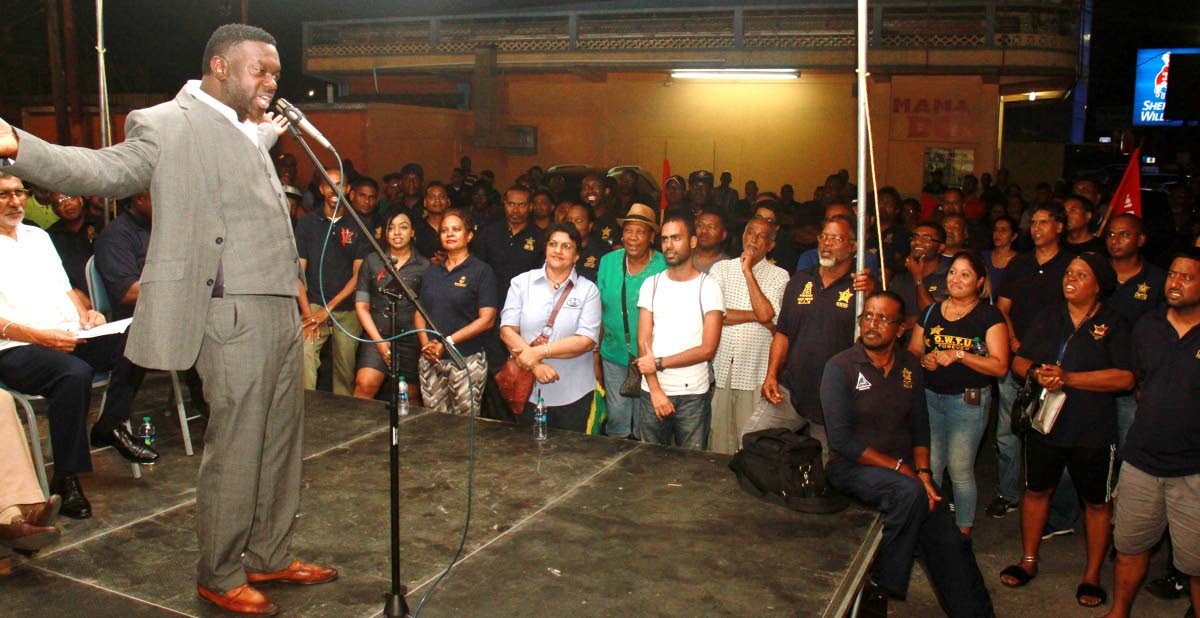 Union leaders ready to die for their comrades; this in light of Watson Duke’s arrest

President of the National Trade Union Centre, Michael Anisette said that union is standing in solidarity with Public Service Association President, Watson Duke in light of his recent detention by the TTPS.

Speaking at a media conference this morning at PSA’s rooftop, Anisette said that they are ready to die for their comrades.

Quoting from Nelson Mandela, “to battle or to die” Anisette said the question of dying for a cause, is fundamental within the framework of all unions banning together. 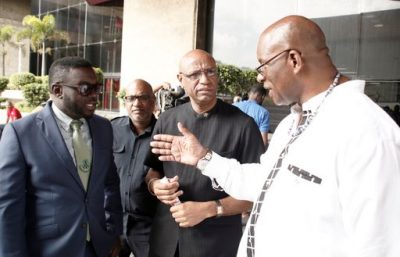 Where is Marlon Burke Jr.? 0

Manhunt On For Suspect Following Explosion At Government Plaza, Port Of Spain. 0