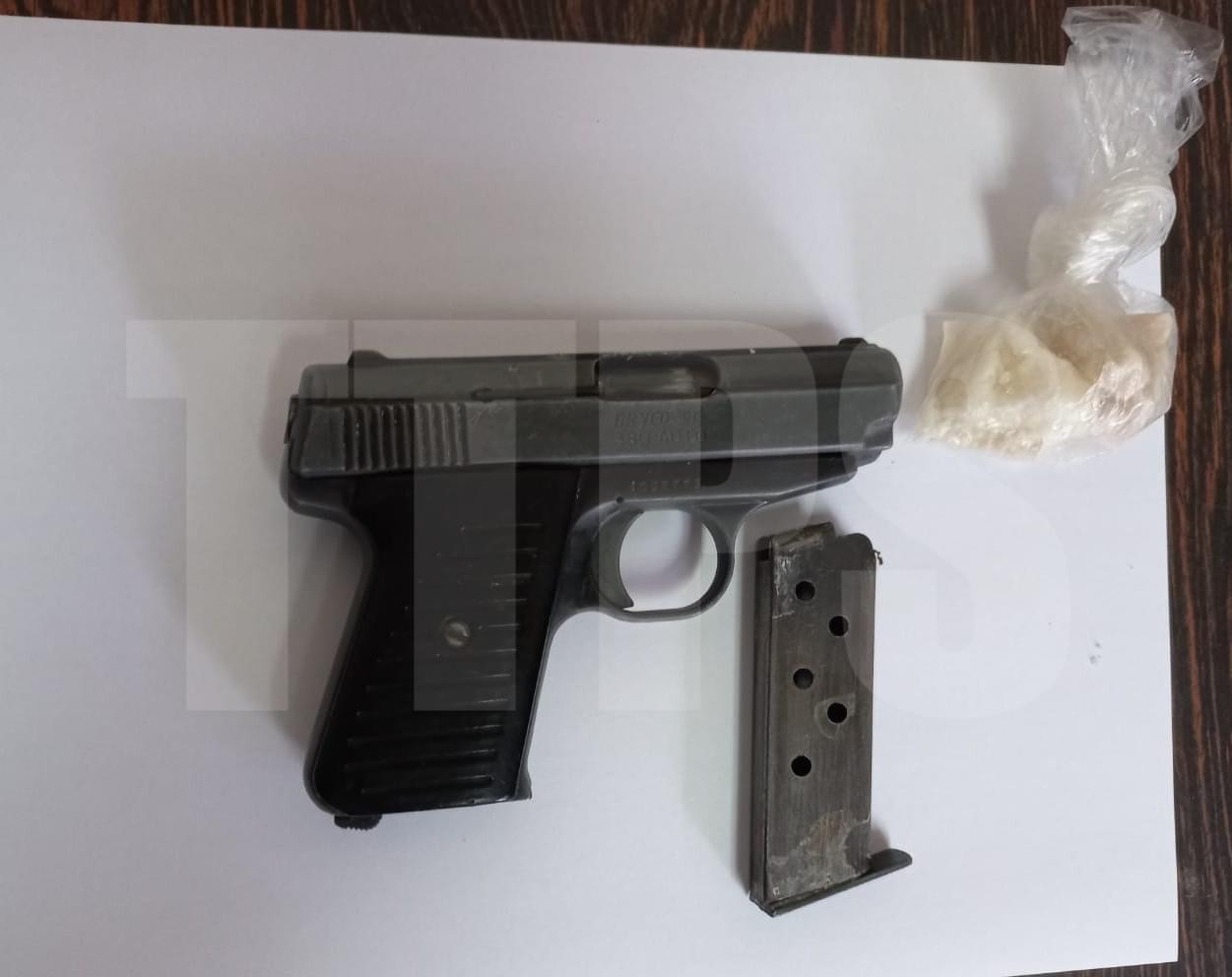 Firearm and cocaine seized in PoS during anti-crime exercise

Police seized a quantity of cocaine and a firearm during an anti-crime exercise conducted along George Street and East Dry River, Port of Spain yesterday.

Around 10:55 am on Thursday 24th June, 2021, PC Jack and PC Singh, PC Rodriguez and PC Mohammed were on mobile patrol along George Street, when they observed a group of persons gathered on the southern side of Building 54 -56.

Upon seeing the police, the persons fled the scene, running in several directions. A search was conducted in the area during which PC Rodriguez found a quantity of cocaine amounting to 20 grammes.

Additionally, around 12:40 pm the officers received information and proceeded to Rodney Street, East Dry River, where PC Mohammed found one Jennings 380 auto firearm which contained an empty magazine in a blue plastic barrel on the eastern side of the roadway. Police took possession of the firearm which was taken to the Besson Street Police Station.

The exercise was supervised by Cpl Phillips and coordinated by Sgt George and Sgt Matas.

APT James leaves Vietnam; now on its way to TT 0