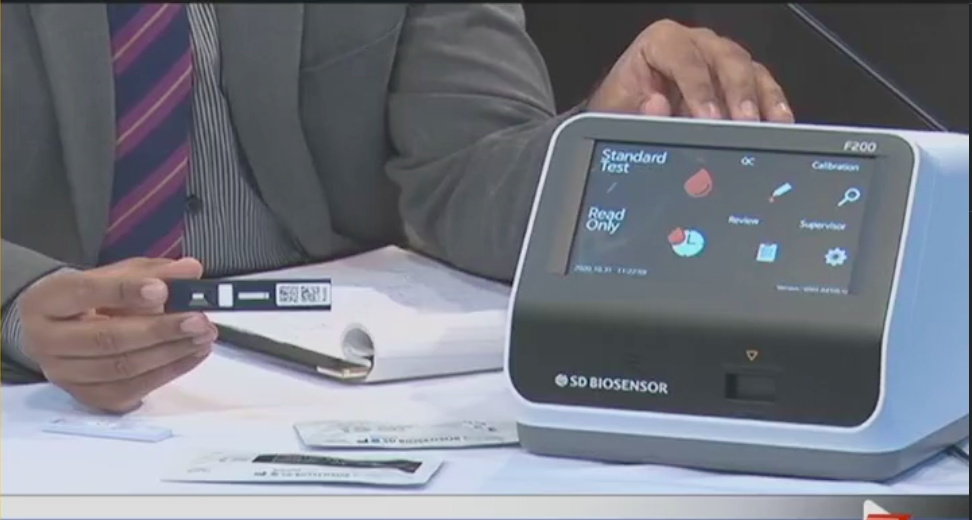 At a press conference on Saturday morning, Health Minister Terrence Deyalsingh confirmed that the Rapid Antigen Test Kits that were ordered have arrived in the country on time.

He said the two types of kits, Standard Q and Standard F, arrived on Wednesday.

Additionally, other facilities were using the Gene Xpert machines.

But the introduction of the Antigen tests completes the decentralization of Covid testing in Trinidad and Tobago.

He also discussed the reason that the tests are being introduced now, as opposed to back in July.

Deyalsingh said that the tests will be given to one facility in Tobago and four facilities in Trinidad.

Dr. Naresh Nandram, Principal Medical Officer Epidemiology, said that the advantage of the Rapid Antigen tests is that it does not require a laboratory for the tests to be completed.

He said it is a point of care machine, which means that it can be placed close to the patient, adding that they will be sent to the Accident and Emergency departments of all major hospitals in the country.

He said the 15 of the Biosensor F200 machines have been ordered for deployment nationally with 150,000 test cartridges.

He added these machines can return results within 30 minutes. 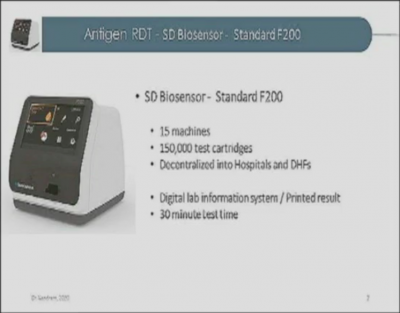 Additionally, the Government has ordered 40,000 of the Standard Q cartridges.

These are similar to the pregnancy style tests and will be deployed to smaller facilities, rural areas, and outreach programmes. They also produce results in 30 minutes.

Dr. Nandram then discussed the rollout plan for the machines.

Using a Standard Q machine, he explained how the cartridges will be used to test Covid-19. 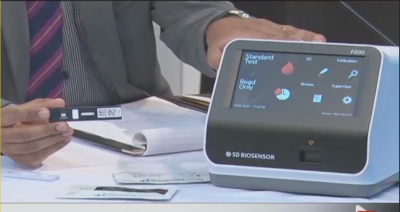 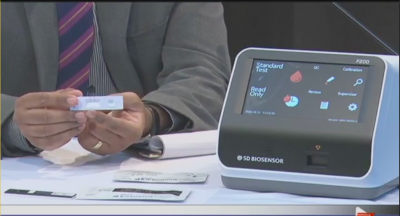 He added that the neutralizing buffer would prevent any risk of transmission.