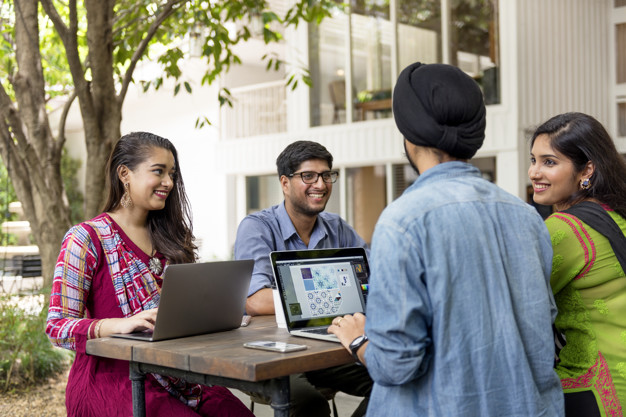 The rules require any social media company to create three roles in India: a “compliance officer” who will ensure that local laws are followed; a ‘grievance officer’ who will handle complaints from Indian users regarding their platforms; and a “contact person” available for Indian law enforcement 24/7.

Companies will also be required to publish a monthly compliance report detailing the number of complaints they have received and the actions they have taken. they took.

At the same time, the rules signal a greater willingness by countries around the world to put the brakes on big tech companies like Google, Facebook and Twitter that governments fear they have grown too powerful with little accountability.

“Social media is welcome for doing business in India – it has been extremely successful, it has brought good business, it has attracted a good number of users and it has also empowered ordinary Indians,” Ravi Shankar Prasad, Indian minister of electronics and information technology, told reporters Thursday. But he said if the government “welcomes criticism and the right to dissent”, tech companies need to do more “against the abuse and misuse of social media.”

Facebook said it will “carefully study” the new rules. “As a company, we have always made it clear that we welcome regulations that set guidelines for tackling today’s most difficult challenges on the Internet,” a company spokesperson told CNN Business. “Facebook is an ally of India and the user safety and security agenda is critical to our platforms. ”

Some other provisions of India’s rules might end up being a bit more contentious, in particular the requirement to trace the “first author” of problematic posts or posts that go viral. WhatsApp, the extremely popular Facebook-owned mobile messaging app in India, has pushed back on these demands in the past, saying it would require breaking the app’s end-to-end encryption.

Prasad also called for the difference between how social media platforms reacted to events in the US and India, contrasting the January 6 Capitol riots with the fierce clashes between Indian police and protesters at Red Fort. from New Delhi a few weeks later. (The Indian government previously criticized Twitter for taking immediate action against several accounts in the wake of the Capitol Hill riot while doing so “reluctantly, reluctantly and much later” in India.)

“If there is an attack on Capitol Hill in Congress, then social media supports the police action, but if there is an aggressive attack on the Red Fort, symbol of India’s freedom… there is there is a double standard, ”he said. ” This is unacceptable. ”

The escalation in India creates a particular challenge for Silicon Valley as the South Asian country represents one of its largest markets. India has more internet users than any other country except China, but its government has shown a growing trend to regulate and restrict (if not outright ban) foreign tech companies in recent years. years.

In Thursday’s press conference, Prasad cited industry estimates that highlight the importance of India to these businesses: WhatsApp has 530 million users in the country. Facebook’s flagship has 410 million users and Instagram, owned by Facebook, 210 million. YouTube and Twitter have around 450 million and 17.5 million users, respectively, he said.