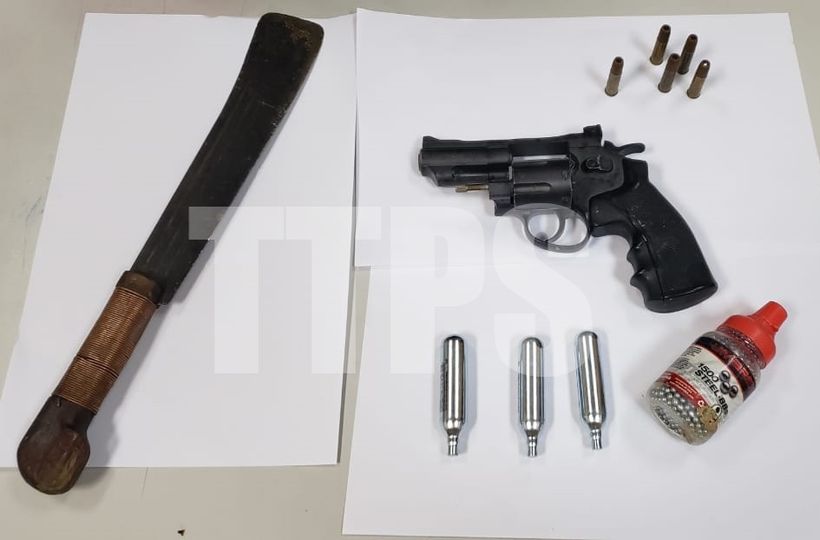 Drug and sex offender held with weapons and ammunition

A 57-year-old known drug and sex offender was arrested for malicious damage and possession of offensive weapons.

Officers of the Couva Criminal Investigations Department (CID) and the Central Division Task Force (CDTF) Area South were alerted to a disturbance at Basta Hall Village, Couva on July 4th.

It is alleged that around 7:30 pm, the 57-year-old man left his home some 200 metres away and walked to his ex-wife’s home armed with a cutlass, causing damage to the front and rear windscreen of a silver Nissan Almera.

It is further alleged that the man left and returned with a loaded revolver, hurling threats. Officers arrived on the scene and successfully disarmed the man and cautioned him.

A search was conducted at the home of the man and officers discovered a cutlass and a quantity of pellets. The man was unable to provide any relevant documents for the pellets.

The suspect was arrested and taken to the Couva Police Station for processing.
Charges are expected to be laid later today.