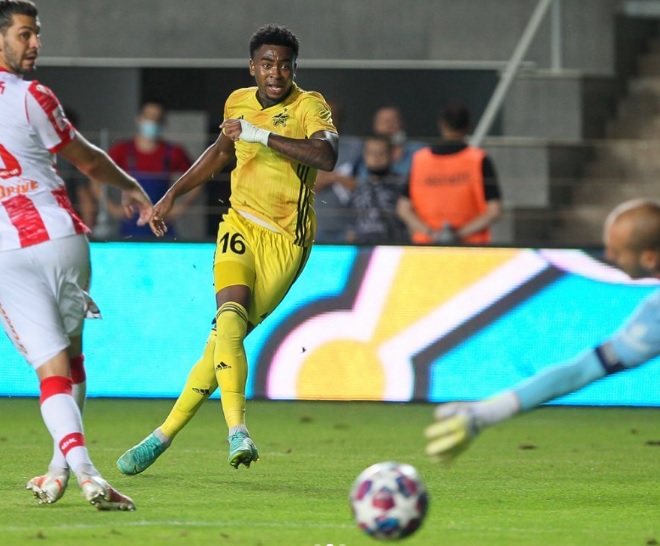 Trinidad and Tobago defender Keston Julien will hope to feature in the Champions league today as his Moldovan side FC Sheriff faces Real Madrid in the group stages.

Julien, who plays primarily at left back, will be pushing for a starting place with Sheriff joint top of the group alongside Madrid.

The versatile defender put in solid performances for Sheriff after his move from Slovakian side AS Trencin last year.

Julien played at right back in all the Champions League qualifiers for Sheriff but was left out of the starting lineup for the club’s opening Champions League group stage match against Shaktar Donetsk with new signing, Brazilian Fernando Costenza, preferred instead.

He will be hoping for his Group Stage debut though after providing his 2nd assist of the season and his eighth overall in 29 games with FC Sheriff during last week’s 4-0 win over FC Floresti in Moldovia’s Divizia Nationala.

It has been quite the ascent for the 22 year old Gasparillo native who described himself as being a “fat kid” who only made the decision to take football seriously in his early teens.

Julien dropepd some pounds and focused on his game before going on to play for the national U17 team and moving through the ranks at W Connection before heading to Europe to ply his trade with AS Trencin in 2017.

The move to Sheriff has paid off with the club writing a new chapter in its rather interesting history by becoming the first Moldovan team to qualify for Europe’s Premier Club competition.

Julien will be hoping for an opportunity from his boss, coach Yuri Verydub, to play today in what will undoubtedly be the biggest match of his career thus far.

Kick off in today’s fixture is set for 3PM T&T time.