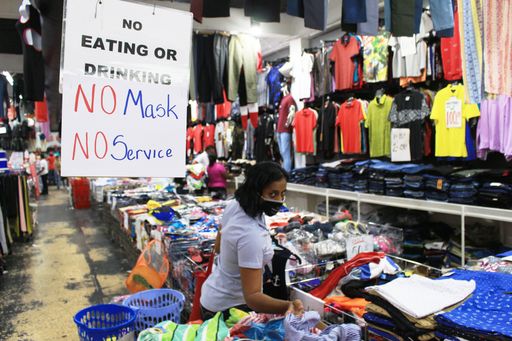 The Downtown Owners and Merchants Association (DOMA) is once again pleading with the Prime Minister for the partial reopening of the retail sector.

They are hoping that this announcement will form part of the PM’s press briefing today (Saturday).

In a news release, DOMA said:
“We write from the edge of our seats on the eve of the Prime Minister’s customary Saturday press conference.
It is no secret that the retail sector of Trinidad & Tobago has been subjected to a much longer closure than has ever occurred previously. Indeed our retail and distribution sector is experiencing a duration of closure that exceeds the closure of all other retail sectors in the Caribbean.

We recognize the Government’s management of various factors of the pandemic including the laudable emphasis now being made on a drive to vaccinate the population.
Despite our understanding of the Covid 19 situation and of the Government’s guidance from healthcare professionals we feel constrained to plead again for urgent consideration for at least a partial re-opening of the retail sector.

To the CMO and his team and to the Prime Minister and the Government we wish to indicate that we are willing to re-open with guideline stipulations whether it be reduced opening and closing hours or access for a limited number of customers at any one time. We feel that consideration has to be giving to allow businesses to re-open in some form so as to begin the process of allowing some trading to take place.

An imaginative combination of restrictions mixed with re-opening guidelines of the various sectors has to be attempted to create not only a stimulus for businesses which are drowning in liabilities but also to give a glimmer of hope that we can actually reclaim the lives which we once had.

We wish to highlight our plea to the national community to be united in the drive to protect our country by becoming vaccinated without hesitation especially given the contagious Delta variant which is looming ahead of us.
We are on the edge of our seats as we await the Prime Minister’s press conference of Saturday August 7th, 2021.
We hope that our situation is not overlooked.”

2 limers shot in Champs Fleurs; one dead, the other injured 0