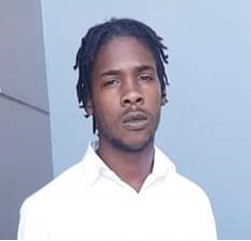 A twenty-two year-old Diego Martin man was ordered to stay away from a 14-year-old girl after appearing before a Port-of-Spain Magistrate on Monday charged with sexually penetrating and communicating with her.

RONDELL GRIFFITH, a car wash employee, was also ordered to move out of his hometown and to reside in Tunapuna with a relative.

He was also instructed not to communicate with her via social media.

The order came as part of the man’s bail conditions which were set at two hundred thousand dollars with a surety.

GRIFFITH was arrested and charged on August 14th by WPC Pamphile, of the Western Divison Child Protection Unit, following a police report on August 2nd, 2021, in which a woman told police she found inappropriate messages on her daughter’s phone.

CPU detectives launched an investigation into the report in which they discovered  the mother, while scrolling through her daughter’s phone, allegedly saw a number of sexual content between the two.

The investigation, spearheaded by W/Superintendent of Police, Claire Guy-Alleyne, with direct supervision by W/Sgt Simmons and the Western Division Task Force, culminated in the arrest of the suspect.

He was later charged with two counts of sexual penetration of a child and one count of sexual communication with a minor.

GRIFFITH is scheduled to reappear before the court on September 13th, 2021.