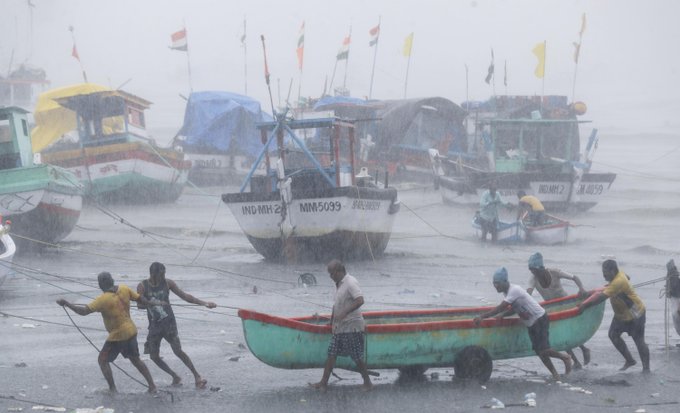 hectorcournelius 0 18 May, 2021 9:00 am
A deadly cyclone blasted ashore in western India late Monday with fierce winds and drenching rains that turned streets into rivers, disrupting the country’s response to its devastating Covid-19 outbreak.

Cyclone Tauktae, which local press reports called the biggest to hit the area in 30 years, has unleashed heavy weather since the weekend that killed at least 20 people in its approach to land.

One woman died after high winds knocked over an electricity poll in the city of Patan in northern Gujarat, officials said.

The colossal swirling system visible from space has exacerbated India’s embattled response to a coronavirus surge that is killing at least 4,000 people daily and pushing hospitals to their breaking point.

Around 200,000 people were evacuated in Gujarat, where all Covid-19 patients in hospitals within five kilometers of the coast were also moved.

Chief Minister Vijay Rupani told reporters that over 1,000 Covid hospitals in coastal towns have been provided with generators and power backups, with 744 health teams deployed along with 174 ICUs on wheels and 600 ambulances.

Virus safety protocols such as wearing masks, social distancing, and the use of sanitizers would be observed in the shelters for evacuees, officials added. Thousands of disaster response personnel have been deployed, while units from the coast guard, navy, army and air force have been placed on standby.

The organization said it was helping authorities to evacuate people most at risk in coastal areas, providing first aid, masks “and encouraging other critical COVID-19 prevention measures”.