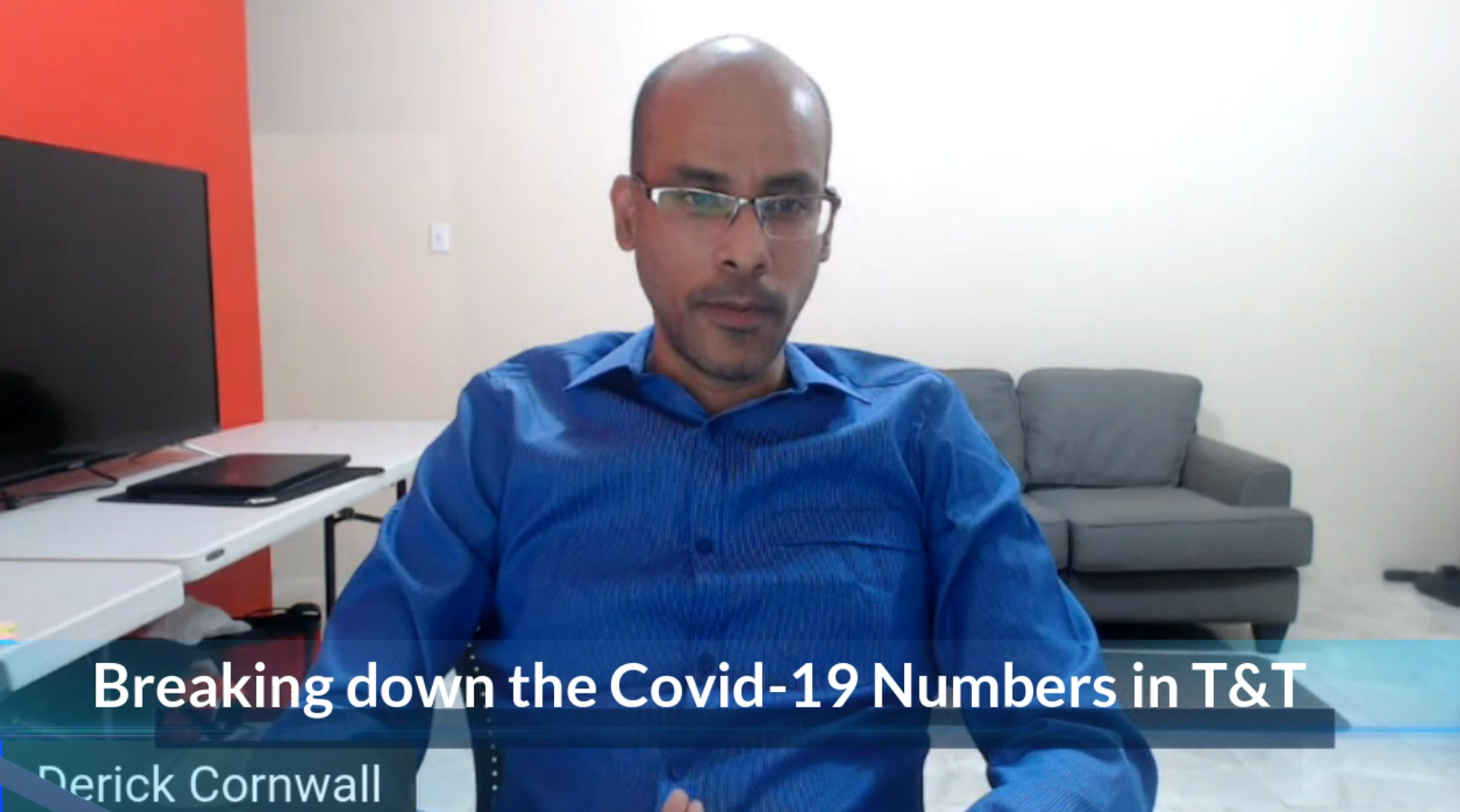 Data scientist Derick Cornwall is suggesting the Ministry of health change it’s approach to disseminating information about this country’s covid-19 fight to the public. he has noticed a decline in the viewership and possibly impact in it’s present format. trinidad and Tobago has seen a steep increase in the number of covid-19 positive cases nd deaths in recent weeks. On Thursday 13th May the MOH reported a record 21 deaths in a 24 hour period. This suggests the messaging is not reaching and having the desired impact on tone populations behaviours:

The data scientist also spoke tom the reason for delays in results and increased demand for testing, and the impact these may be having on the system:

He says public confidence in the information is critical min the public health arena:

He clarified an important measurement the country’s ‘positivity rate’: and what that meant…

Cornwall also said the a measure called the effective ‘reproductive number is a useful measure to see how restrictions are impacting the populations behaviours:

The basic reproduction number (R0) is used to measure the transmission potential of a disease. It is the average number of secondary infections produced by a typical case of an infection in a population where everyone is susceptible.1 For example, if the R0 for measles in a population is 15, then we would expect each new case of measles to produce 15 new secondary cases (assuming everyone around the case was susceptible). R0 excludes new cases produced by the secondary cases.

The basic reproductive number is affected by several factors:

The rate of contacts in the host population
The probability of infection being transmitted during contact
The duration of infectiousness.