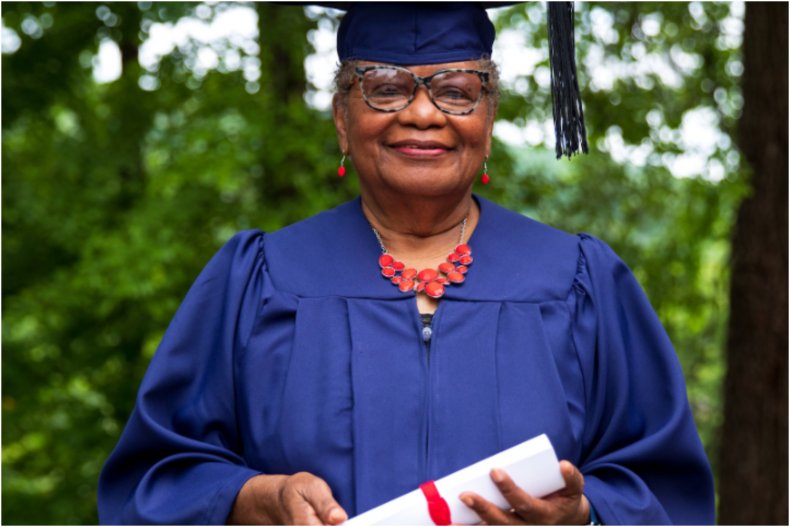 “If I could have done cartwheels across the stage, I would have,” said a great-grandmother of three, who earned her undergraduate degree in liberal studies at Alabama’s Samford University at 78 years young.

Vivian Cunningham, the mother of two, grandmother of three, and great-grandmother of three spent six years working toward her degree in liberal studies at the university in Birmingham. She was joined by her family Saturday for a graduation ceremony that she hopes serves as an inspiration.

Cunningham spent 29 years working as a custodian and then as the head of the mailroom for the Alabama Power Company before retiring in 1992. She then used the company’s tuition reimbursement program to earn an associate degree in paralegal studies from Virginia College but wasn’t satisfied.

“AARP tells us to take some classes and do something instead of just sitting down and being retired, so I kept going,” she said.

She took night classes for years with students half her age or younger before having to make the adjustment to remote classes online during the pandemic to finish her degree. “It was kind of hectic for me because I didn’t know too much about technology, so I had to have my daughter help me with that to learn to do it virtually,” she said.

“I love to read to get more knowledge,” she said. “I really love learning.”

Shia LaBeouf being sued by ex for sexual battery, physical abuse and giving her an STD 0