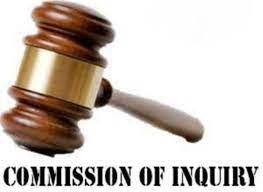 The Commission of Inquiry, probing the LMCS divers’ death, is assuring Trinidad and Tobago it will be able to stick to the August timeline for the procedural hearings into circumstances of the incident which occurred earlier this year at Paria Trading Company Limited.

Minister in the Office of the Prime Minister, Stuart Young, said he spoke with the new chairman of the Commission of Inquiry, Justice Jerome Lynch, Queen Counsel, on Friday and was given the reassurance.

On Thursday – at the weekly post cabinet news briefing – Minister Young revealed that Justice Dennis Morrison, QC resigned as Chairman of the Commission of Enquiry.

In the House of Representatives, Friday, Minister Young was asked whether the sudden resignation of Justice Morrison would delay the proceeding.

Minister Young added that the government is not involved in dictating or in any way attempting to influence the Commission of Inquiry and their hearings.

Candlelight vigil: residents in Aranguez out in huge numbers 0