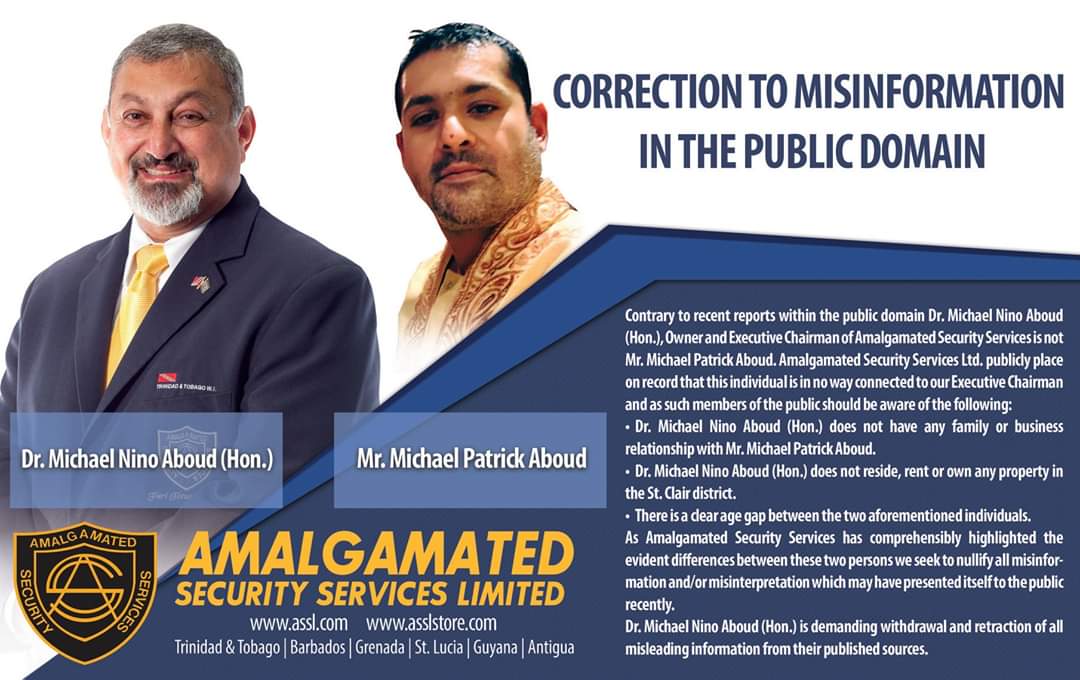 Case of the wrong ‘Aboud’; Dr. Michael Nino Aboud says you’ve got me mixed up for someone else

According to a Facebook post which went viral, Amalgamated Security Services Ltd. publicly place on record that Michael Patrick Aboud is in no way connected to its Executive Chairman.

Amalgamated Security Services Limited is now advising members of the public to be aware of the following:

• Dr. Michael Nino Aboud (Hon.) does not have any family or business relationship with Michael Patrick Aboud.

• Dr. Michael Nino Aboud does not reside, rent or own any property in the St. Clair district.

• There is a clear age gap between the two aforementioned individuals.

As Amalgamated Security Services has comprehensibly highlighted the evident differences between these two persons and seek to nullify all misinformation and/or misinterpretation which may have presented itself to the public recently.

Dr. Michael Nino Aboud Is now demanding a withdrawal and retraction of all misleading information from several media outlets who would have published otherwise.

Shootout between bandits and police officers in Charlieville 0

No new taxes, but Gov’t must collect what they are owed 0