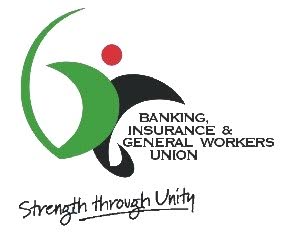 The Banking, Insurance and General Workers Union claims it will have no other alternative than to seek urgent legal redress on the issue of Republic Bank’s Return to Work/Vaccination Policy.

In a media release Thursday, the union said it is has been brought to this position due to what it describes as the Bank’s reliance on semantics to defend their position.

However, the union said the Bank’s Group IR Manager, Preston George, has confirmed he is quite comfortable in Court.

The Union said it continues to be supportive of all measures that seek to reduce spread and associated ills of Covid-19 in the context of good and proper Industrial Relations but it continues to oppose the unilateral imposition of the costly PCR Test on the unvaccinated.

The release is also against what the Union describes as the unethical use of “monetary bribes” to achieve their agenda of herd immunity.

BIGWU said it is also oppose to the threats of disciplinary action and other prejudicial treatment against the unvaccinated.

The union said it met again Wednesday with Republic Bank Limited on the issue of their Return to Work / Vaccination Policy.

It said during the discussions the Union made it clear to the employer there exist a material and vast difference between what they have done by introducing a new term of employment to the workers prior and simultaneous to seeking consultation and agreement from the Union and what the law requires by meeting with the Union and discussing and agreeing to this new term.

It said only upon agreement should such term/condition be promulgated as “policy”.