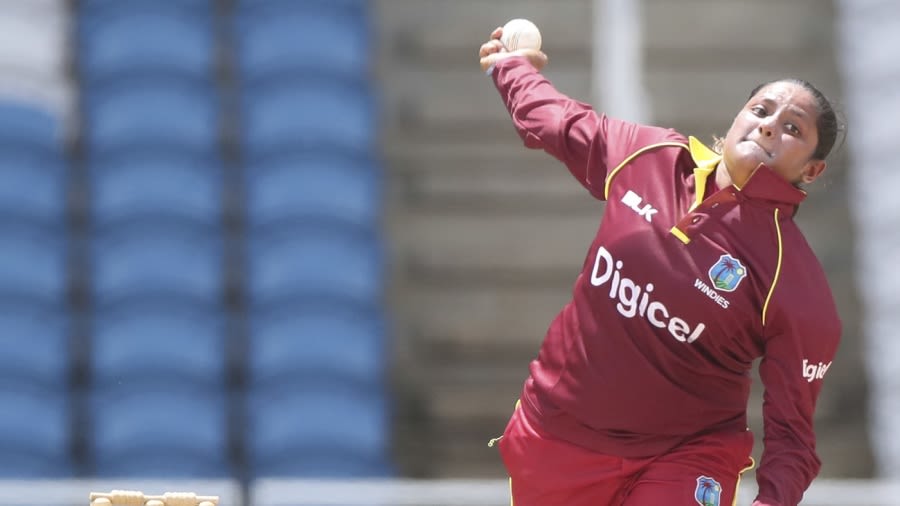 Anisa Mohammed honored by ICC – Team of the Decade

West Indies cricketer Anisa Mohammed has been described as one of the game’s great players by president of the Trinidad and Tobago Women’s Cricket Association president Gayle Daniel Worrell.

Tribute was paid on Monday at a function hosted by the TTWCA for Mohammed, who late last year was selected by the ICC on their ODI Team of the Decade.

In a video call from overseas, Worrell told a small gathering at the National Cricket Centre in Balmain that the TTWCA was particularly proud of the achievements of Mohammed.

She said that the Sangre Grande native was a role model for young women throughout the Caribbean whose leadership qualities has earned her the captaincy of the national team and elevation to the second in command of the regional women.

Daniel Worrell said that in honouring Mohammed, the TTWCA was committed to the development of women through the sport of cricket and looked forward to the lifting of the local Covid-19 Pandemic regulations so cricket can be played again.

Surujdath Mahabir said the petite offspinner/batsman graduated through the ranks of schools cricket to the highest level of the women’s game, winning an ICC World Cup in  with the West Indies.

Mahabir, who is also president of the Secondary Schools Cricket Association said he was concerned about the negative effect that the Covid-19 lockdown on local sports was having on women’s cricket.

He called on Mohammed, Aguilleira, Cooper and King to do their part to encourage young girls back into the game when the pandemic regulations are lifted since a return to normalcy will pose a great challenge for women’s cricket in particular.

King also gave an insightful and at times light-hearted glimpse into the personality of Mohammed who she said burst into the spotlight as an 11-year-old who wanted to become a wicketkeeper.

She said that Mohammed was undaunted by those who attempted to discourage her from playing cricket and surmounted every challenge she faced on her way to being included among the world’s elite T20 cricketers in the last ten years.

In her acceptance of the accolades and recognition of her historic ascent to the world stage, Mohammed said she never imagined being accorded the honours bestowed on her by the world governing body for cricket.

She said her belief in God was key to her achievements and thanked all who have contributed to her success including her family, friends, and teammates who struck a perfect balance to keep her grounded and focused.

She said former national team captain Browne-John, who also played hockey for Trinidad and Tobago and is on the National Executive of the TTCB deserves her gratitude for selecting her as a 15-year-old and for helping her mature and develop over the years.

Mohammed also singled out John for taking a keen interest in her career consistently calling her up when she travelled on tour to offer encouragement and advice, and provided on many occasions a shoulder to cry on.

She said Aguilliera and herself had been through a lot over the years and revealed that they both contemplated retiring from the game at the same time but gave up the idea after a heartfelt chat while on tour in India.

That decision proved invaluable to local and regional cricket as they continued to play reinvigorated and with renewed motivation.