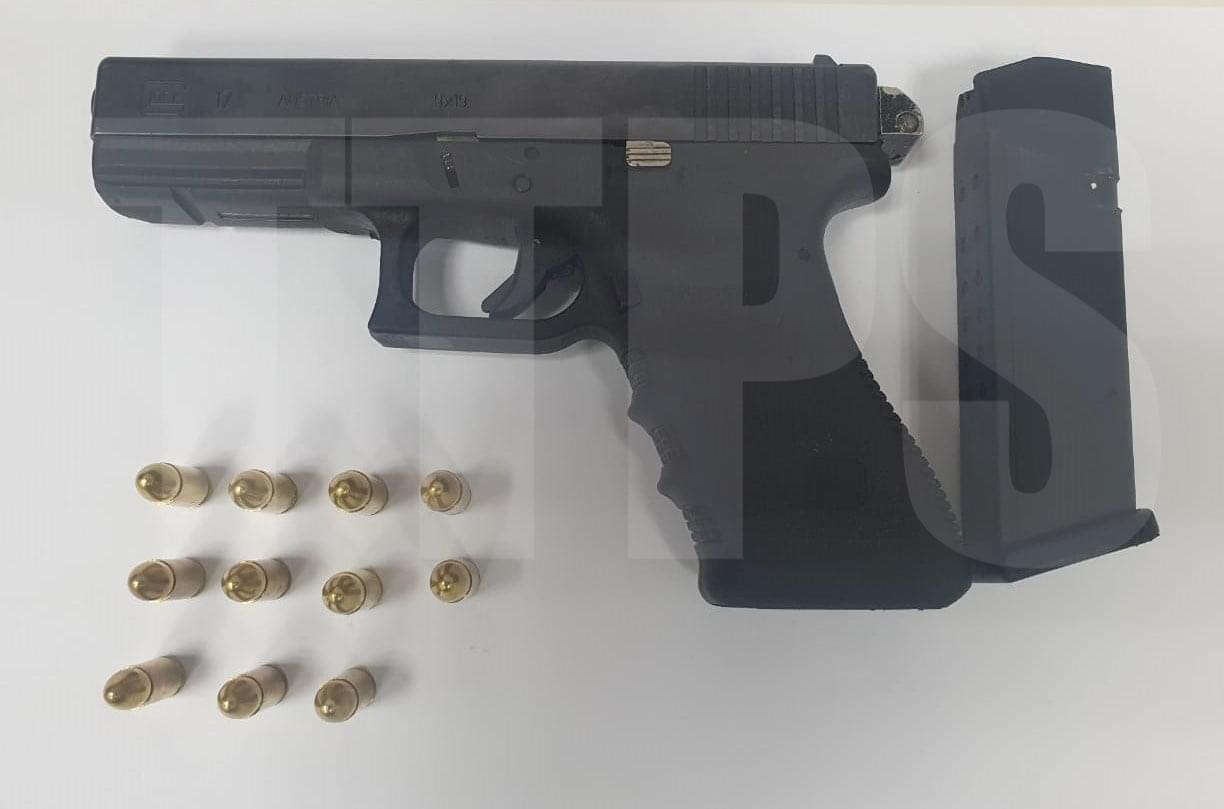 Police arrested three persons and seized a firearm and a quantity of ammunition during an anti-crime exercise conducted in D’Abadie between the hours of 5pm to 9pm on Sunday 14th March, 2021.

TTPS reported that around 8:05pm, whilst proceeding along Piarco Old Road, D’abadie, officers observed a white Nissan B-15 motor vehicle with two occupants proceeding in a northerly direction. The vehicle then turned west unto Maggie Hurst Lane at a high rate of speed which aroused the suspicion of the officers, who followed the vehicle unto the said street.

The vehicle then came to a stop at the end of the street, officers then observed that a black object was thrown out of the vehicle from the passenger window. A man who was standing on the road, kicked the object about two feet away and began to walk towards a house.

Officers immediately retrieved the object which was thrown out of the vehicle, and observed that it was a black Glock 17 Austria 9×19 pistol with a magazine containing 11 rounds of nine-millimetre ammunition. The officers then conducted a search of the Nissan B-15 motor vehicle, however, nothing illegal was found. The firearm and ammunition were seized and the occupants of the vehicle as well as the man who kicked the gun were arrested.

The exercise was co-ordinated by Snr Supt Aroon Ramkalawan, Supt Williams, Inspector Highly and Ag/Cpl Ali, and included a party of officers of the Maloney CID.

Biden to Withdraw U.S. Forces From Afghanistan by Sept 11th 0