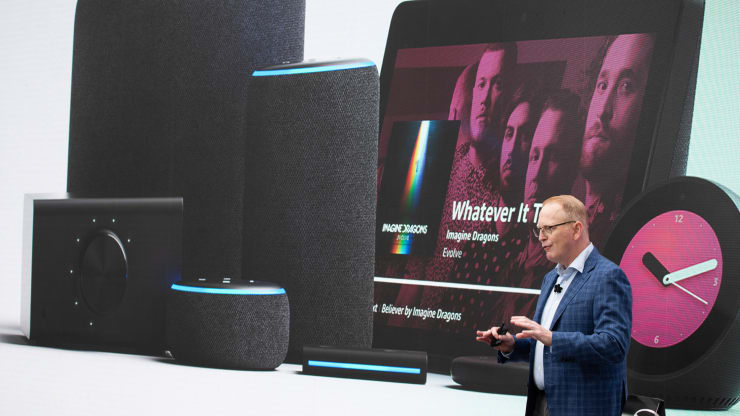 Amazon’s Next Big Product Could Be Alexa-Powered Earbuds

Amazon.com Inc. on Wednesday is scheduled to announce its new Alexa-driven device, the latest effort to transcend the kitchen counter and embed the digital voice assistant more deeply in people’s lives.

Amazon hasn’t said what products are coming, but Bloomberg has previously reported that the company is working on Alexa-powered earbuds, a better-sounding Echo smart speaker, a health tracker and a domestic robot.

It’s a good bet that one or more of these will take center stage at Amazon’s Seattle headquarters.

Amazon also will roll out annual upgrades to its existing array of Echo speakers and television set-top boxes. Look, too, for the company to continue its strategy of embedding Alexa in more device categories, as it has already done with a wall clock and microwave oven.

Voice-activated gadgets are increasingly popular, despite concerns about how Amazon and other companies use the information picked up by their microphones. About 31% of U.S. households own a smart speaker, according to the Consumer Technology Association. Amazon accounted for about a quarter of the 26.1 million smart speakers sold worldwide during the second quarter, says researcher Canalys.

Gary Griffith: “New merit list would be a mistake” 0