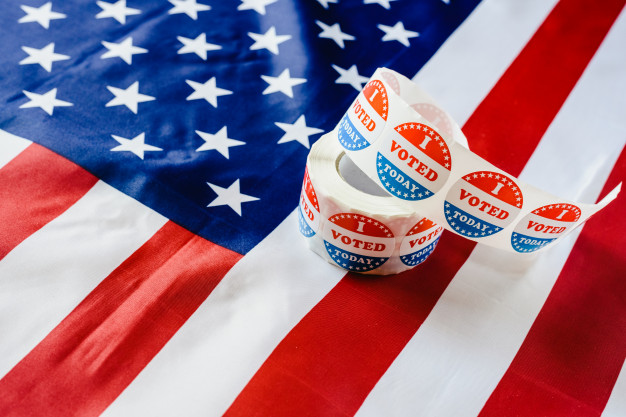 Virtually 100 million Americans voted in advance in the United States presidential election, a number that broke all records and represents 72.3% of all votes in the 2016 race.

Several other states also had significant votes, including key “battlefields” like Florida and North Carolina.

Because of the new coronavirus pandemic, the system of voting before election day – previously only available in some states – has been adopted across the country.

The USA is the country with the most deaths (231 thousand) and cases of Covid (9.2 million) in the world and concentrate about 20% of deaths and infections worldwide.

In the American presidential election, the candidate who receives the most votes does not necessarily win (this has happened on at least five occasions in history, including Trump’s victory in 2016).

At the Electoral College, each state has a number of delegates and the state vote works on the “winner takes it all” system: the candidate who wins, regardless of the advantage, takes the votes of all delegates of the state.

There are 538 delegates, divided between 50 states and the District of Columbia (where the capital, Washington) is located.

Little Vermont, for example, has only three delegates, while California, the most populous state, has 55. Texas is the second largest (38), followed by Florida and New York (with 29 delegates each) and Illinois and Pennsylvania (20).

Thus, the candidate needs a strategy to win from state to state until he reaches the minimum of 270 of the 538 votes of the Electoral College and be elected president. It happened four years ago: Trump had fewer votes than Hillary, but he won 276 delegates and won the election.

DOMA says businesses have seen a slight increase in sales 0